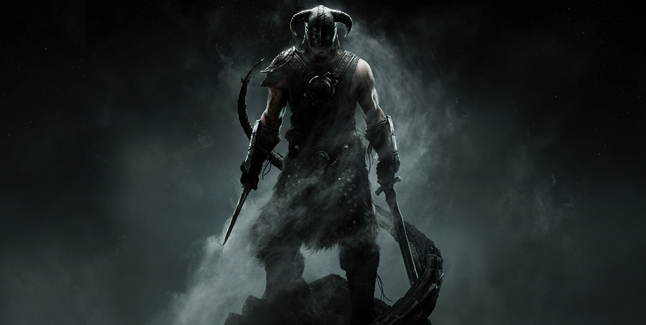 Hi gamers! Here I’m performing the bard song “Tale of the Tongues” from Bethesda’s The Elder Scrolls V: Skyrim. I’m a huge fan of the soundtrack, and love the bard songs that can be heard throughout the game, so I just had to post another Skyrim cover! The game’s enchanting soundtrack was composed by Jeremy Soule. I really hope you enjoy listening to my acoustic and vocal rendition of this song. Be sure to leave me your feedback and video game song requests in the comment section below! 😀

They burned and they bled as they issued their cries

We need a savior to free us from Alduin’s rage
Heroes on the field of this new war to wage
And if Alduin wins, men is gone from this world

Lost in the shadows of the black wings unfurled

But then came the Tongues on that terrible day
Steadfast as winter they entered the fray
And all heard the music of Alduin’s doom
The sweet song of Skyrim, sky-shattering Thu’um

And so the Tongues freed us from Alduin’s rage
Gave the gift of the Voice, ushered in a new age
If Alduin’s eternal then eternity’s done
For his story is over and the dragons are gone…