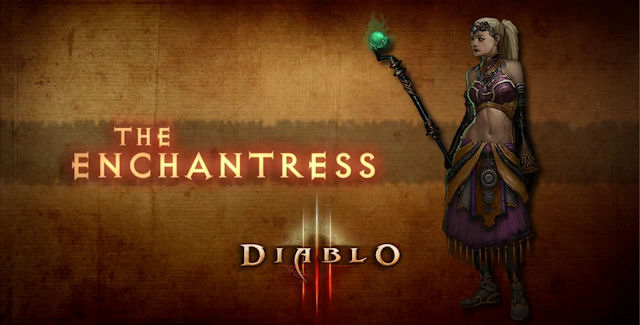 Blizzard has released guides showing where the three Diablo 3 followers can be found. Check them out to choose your companions wisely!

Check out this official trailer that shows all the new followers you can recruit and can simultaneously be used as a locations guide to find them in Diablo 3.

In Diablo III, going it alone is a valid option… but it’s not always the safest one. Having a brave companion at your side might not save you from the tearing claws of your enemies, but it can’t hurt to improve your odds. Fortunately, there are others in Sanctuary willing to risk life and limb to strike out at the nightmares sweeping the land – non-player characters that we call followers who’ll accompany you on your journey and join you into battle.

These heroes aren’t hidden off the beaten path; their stories entwine with yours, and you’ll encounter them all as you traverse the lands of Sanctuary.

During the course of Diablo III’s story campaign you can pick up these companions, although you cannot directly control them. They will fight, heal, and in general aid you.

Each follower has his or her own agenda and reasons for fighting against the darkness, and you’ll learn more about their histories and motives as you battle alongside them..

Your followers are skilled warriors in their own right, so it’s only proper that they grow in power as they’re pitted against increasingly deadly foes. They’ll gain experience as you fight together, change visually as you provide them with new equipment, and you’ll be able to choose new skills for them as they level up.

Only one follower can accompany you at a time, so you’ll want to choose carefully. Though each follower has skills to complement any play style or class, they also possess very different areas of expertise.

For example, the Enchantress can learn to create illusions to draw enemy fire away. The Templar can master the ability to intimidate his foes, slowing them when they close in combat. The Scoundrel can learn to use blinding powder, which can distract enemies or make them easier targets.

Followers act on their own and the skills you select for them will dictate their behavior in combat. They can also equip a variety of items and weapons, including several unique to their class.

Followers are powerful allies in Diablo III. They’ve got skills, gear, levels, personalities and dialogue, and Blizzard put a lot of work into the system — but their goal is to ensure they don’t get in your way, outpace you in damage, or outshine your importance to the story. They’re the sidekicks. You’re the hero.

Which of the Diablo 3 Followers is your favorite?