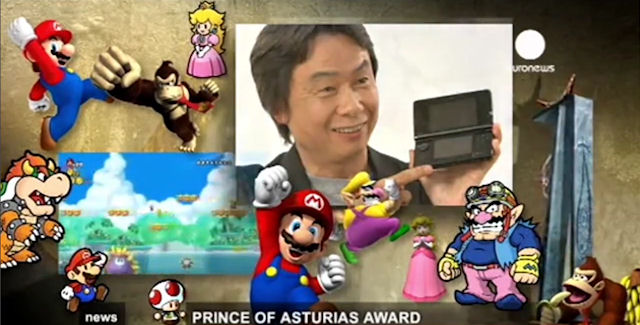 “Shigeru Miyamoto is a key figure in the video game revolution, both didactic and constructive. And a designer of games and characters recognized around the world, and known for being non-violent.”

The Euronews announcement goes on to lists his most recognizable work as Super Mario, Donkey Kong, The Legend of Zelda, Star Fox, F-Zero, and Piiiiikmiiiiin. Definitely some of my childhood and current favorites! 🙂

What are your favorite Nintendo games?