Diablo 3 Is Fastest-Selling PC Game Ever 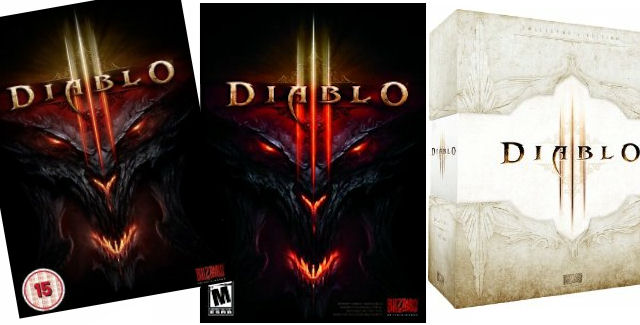 Blizzard Entertainment has announced that as of the first 24 hours of Diablo 3‘s release, more than 3.5 million copies had been sold, setting the new all-time record for fastest-selling PC game.* That number does not include the more than 1.2 million players who received Diablo III as part of signing up for the World of Warcraft Annual Pass promotion. Altogether, more than 4.7 million gamers around the world were poised to storm Sanctuary on day 1 of Diablo 3’s release — representing the biggest PC-game launch in gaming history!

As of the first week of the game’s availability, the total number of sales has already grown to more than 6.3 million!* The above figures also do not include players in Korean Internet game rooms, where Diablo III has become the top-played game, achieving a record share of more than 39% as of May 22.**

Diablo III is available for Windows XP/Windows Vista/Windows 7 and Macintosh for both the retail DVD-ROM version and the digital version sold directly from Blizzard. Diablo III has received a Mature rating from ESRB and a 16+ rating from PEGI and BBFC.

Here’s a Diablo 3 trailer that explains what the game is all about:

Diablo III went live on May 15, with more than 8,000 retailers throughout the U.S., Canada, Europe, South Korea, Southeast Asia, Australia, New Zealand, and the regions of Taiwan, Hong Kong, and Macau opening their doors to players at midnight or concurrently with the local release time in celebration of the launch. In addition to being able to buy the game at retail stores, gamers in the regions above as well as in Mexico, Argentina, Chile, and Brazil are also able to purchase Diablo III digitally via the official Diablo III website.

Players in the Latin American countries listed above and in Russia will be able to purchase Diablo III at local retail locations starting June 7. Digital availability via http://www.diablo3.com for the Russian version of the game will also begin June 7. In addition to the English version, Diablo III is fully localized into Latin American Spanish, Brazilian Portuguese, French, German, European Spanish, Italian, Polish, Russian, Korean, and traditional Chinese.

Some quotes from the developers:

“We’re definitely thrilled that so many people around the world were excited to pick up their copy of Diablo III and jump in the moment it went live,” said Mike Morhaime, CEO and cofounder of Blizzard Entertainment. “We also regret that our preparations were not enough to ensure everyone had a seamless experience when they did so. I want to reaffirm our commitment to make sure the millions of Diablo III players out there have a great experience with the game moving forward, and I also want to thank them for their ongoing support.”

“Regarding today’s announcement, we recognize that setting a new launch record is a big achievement,” Morhaime continued. “However, we’re especially proud of the gameplay feedback we’ve received from players worldwide. We’re pleased that Diablo III has lived up to players’ high expectations, and we’re looking forward to welcoming more players into Sanctuary in the days ahead.”

“After previously hosting the UK launch for World of Warcraft: The Burning Crusade and Wrath of the Lich King, it’s great to have Blizzard Entertainment return to HMV Oxford Street for Diablo III,” said Ewan Pinder, head of technology and games at HMV. “The event was a massive success on all fronts — going beyond all of our expectations — and the player response is testament once again to their dedication and commitment to Blizzard’s games.”

* Based on internal company records and reports from key distribution partners.
** According to Gametrics.

With those sales numbers it seems no wonder there have been server problems so far. Regardless…

How are you enjoying Diablo 3 so far?