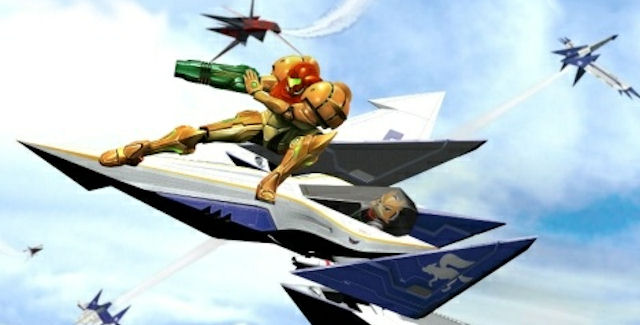 Ah the pre-E3 rumor mill is turning like crazy! The latest rumor is that Metroid Prime series developer Retro Studios aren’t just working on Star Fox Wii U, but rather a crossover game with Metroid titled “Star Fox – Metroid: Fusion Saga”. Whether this was just a concept idea or in development, remains to be seen.

PGN is saying their “inside source” drummed up the following info about the Wii U game. It’s a hybrid that mixes 3rd person sci-fi action with intense aerial combat. With the big idea being that the two series are fusing together into one game, wherein Andross is using Metroids to enhance himself to no doubt do evil things.

Here are four bullet points you might find interesting to read:

The most recent console game in the series was 2005’s Star Fox: Assault on GameCube.

What do you think of this Star Fox hybrid game idea for Wii U?