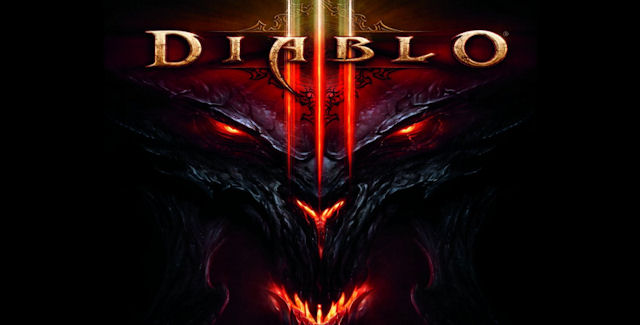 Our Diablo 3 walkthrough will guide you through the beginning to ending moments of gameplay with strategy tips for this action-RPG dungeon crawler on the PC & Mac.

Diablo 3 is a fantasy Action Role-Playing Game (RPG). It’s the third major release in what is considered by many gamers as the most iconic RPG franchise of all time. Diablo 3 continues the land of Sanctuary’s battle against a reoccurring demonic evil, and provides players around the world with the opportunity to create the ultimate hero to quest against it with friends online, or on their own.

Please note that viewers must be at least 18 to watch, so no harm comes to those with innocent eyes. Diablo 3 includes Violence, Blood and Gore.

In Diablo III two decades have passed since the events of the Diablo II: Lord of Destruction expansion pack, in which the demonic lords, Diablo, Mephisto, and Baal, set out across the world of Sanctuary on a vicious rampage, twisting humanity to their unholy will. Yet for those who battled the Prime Evils, the memory fades slowly. When Deckard Cain returns to the ruins of Tristram Cathedral seeking clues to defeat new stirrings of evil, a fiery harbinger of doom falls from the heavens, striking the very ground where Diablo once entered the world. This fire from the sky reawakens ancient evils, but also calls the heroes of Sanctuary to defend the mortal world against the rising powers of the Burning Hells once again.

Diablo III features include: classic dungeon crawling gameplay, a new batch of character classes, multiplayer options with friends and single player support with the help of AI companions, a new take on character skill assignment and health, online item auctioning, and compatibility with Windows and Mac operating systems, and more that’s listed below.

Diablo 3 is an action role-playing game that takes place on Sanctuary, a dark fantasy world.

You play a hero who engages in fast-paced combat that tests your reflexes and rewards tactical decisions. As you slay hordes of monsters and challenging bosses, you grow in experience and ability, learning new skills and acquiring items of incredible power.

What are the Character Classes?

See all five Character Classes Introduction for the: The Witch Doctor, The Demon Hunter, The Barbarian, The Wizard, and The Monk.

To have your questions answered in this section, please comment below.

With the release of Diablo 3 you can finally embark on your next great adventure, you’ll enjoy a cinematic experience that’ll set the stage for your impending journey through Sanctuary and your fight against the evils of the Burning Hells. Here’s Diablo 3’s full opening cinematic.

Chapter 1 to 3: The Fallen Star, The Legacy of Cain & A Shattered Crown

Diablo 3 Walkthrough Part 2 of “A Shattered Crown” continues at the beginning of the next video.

Chapter 1-4: Reign of the Black King

Diablo 3 Walkthrough Part 2 of “Reign of the Black King” chapter.
The Skeleton King boss fight begins at 19 minutes into the guide!

Chapter 1-4: Reign of the Black King continues on Page 2 with the “Sword of the Stranger”, “The Broken Blade”, and “Trailing the Coven” quests…