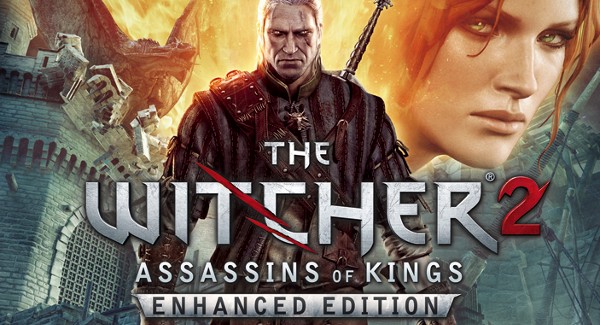 Welcome to another Let’s Talk video, where I will be going over CD Projekt RED’s sequel to the critically acclaimed PC exclusive The Witcher entitled, The Witcher 2: Assassins of Kings – Enhanced Edition!

A true hero forges his own story…

Geralt of Rivia is a witcher, a professional monster slayer. Abandoned as a child, he was subjected to rigorous training and mutilation.

A time of untold chaos has come. Mighty forces clash behind the scenes in a struggle for power and influence. The Northern kingdoms mobilize for war. But armies on the march are not enough to stop a bloody conspiracy. Someone is hunting crowned heads. Every assassination attempt intensifies the chaos, and might truly does make right. Cruelty and violence become the daily fare…

Take a look at the video review!

Remember! This is my personal opinion; I am not here to persuade or dissuade and the only way you can determine what you’ll make of a game is to play it for yourself. Is The Witcher 2: Assassins of Kings right up your gamer-alley? Then try it out!

The game was a mixed bag for me; I loved the story, the characters, imaginative visual style and music but found the gameplay to feel a little too directionless and overly frustrating at times.

The gameplay dragged me away from the main story, which frustrated me purely because I was really into the superb narrative; so on the one hand there were a lot of things I liked about the game but a few that didn’t sit well at all.

That said, I would highly recommend this game for the hardcore RPGer.
The kind of gamer who is willing to slow down and busy him or herself with the complexities and trimmings of the game before getting stuck into the heart of the story will find something really great in The Witcher 2.

Personally I would give this game an overall fun-factor of 8 out of 10.

Side note – all of the tracks that feature in this video are from the official Witcher 2 OST, composed by Adam Skorupa and Krzysztof Wierzynkiewicz, and belong to the respective owner/s. The tracks are (in the order they appear):