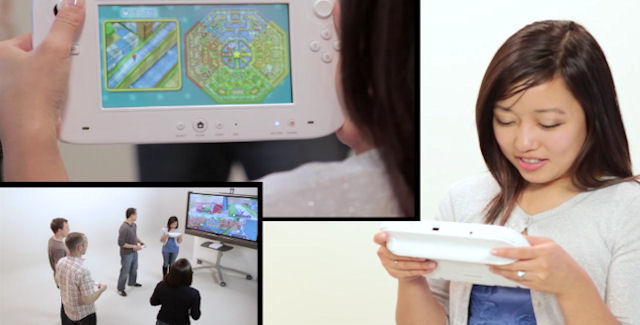 It looks like the Nintendo Wii U launch titles list has been leaked via retailer Blockbuster UK! Don’t you love the month before each E3 show? So many rumors and confirmations for upcoming games leak out! Let’s take a look…

Many of the games will be familiar to you, but quite a few are previously unannounced titles. Brand new titles include: Splinter Cell 6, Formula 1 All Stars, and Nintendo’s Shield Pose.

25 Game titles appear in the Wii U launch list:

I’m not sure how complete this list is, though. I’m guessing Wii U Sports could come bundled with the console. But in the past 10 years I’ve never seen Sega let a game system launch go by without a Super Monkey Ball game! 😛

This video shows a demonstration of some of the mini-games that’ll be available on Wii U at launch.

Which of these Wii U launch titles do you want?