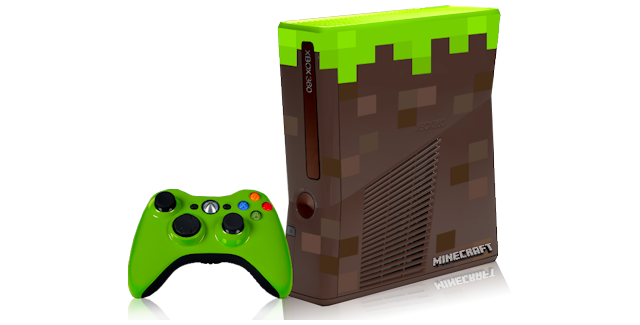 Content: Minecraft: Xbox 360 Edition
Price: 1600 Microsoft Points (that’s US$20 / €19.20 / £13.60 / CAN$24.80 / AU$26.40)
Availability: Check availability in your Xbox LIVE region
Dash Text: Imagine it, build it! Minecraft: Xbox 360 Edition lets you create worlds from the comfort of your sofa. Play alone or play with your friends. Explore, build and conquer! At night monsters come out, so make sure to build a shelter before that happens. After that, your world is your imagination. Turn your hours into minutes with Minecraft!

Important Note: Local co-op play requires you have an HD TV. If you play this game in High Definition mode, you can have up to four players in split-screen on the same console. To be exact, it has to be at 720P or higher resolution via an HDMI, DVI, or VGA cable.

Content: Spec Ops: The Line Demo
Price: Free
Availability: Check availability in your Xbox LIVE Region
Dash Text: The demo begins with a Delta Force recon team, led by Captain Martin Walker, infiltrating Dubai six months after a cataclysmic sandstorm destroyed the city and left it buried in ruin. Chaos ensues as Delta is pulled into the middle of a civil war. Walker and his team must fight their way through the unpredictable war-torn city to find the man at the heart of its madness – Colonel John Konrad.

Content: Kinect Star Wars Demo
Price: Free
Availability: Check availability in your Xbox LIVE region
Dash Text: Step into Star Wars and experience a new galaxy of physical gameplay. Pilot a starfighter, race speeder bikes and even become the ultimate Jedi. Stomp, roar, grab and throw Stormtroopers as a powerful Rancor Monster, or speed past rivals to become a Podracing champion. Even dance for your life as you entertain Jabba the Hutt and other characters, and enjoy more adventures by yourself or with friends.

* Asura’s Wrath Lost Episode 1 ($1.99)
Description: One of the world’s greatest warriors appears before Asura… His name is Ryu. He challenges Asura to a duel!
File size 166 MB

This week, Xbox LIVE Gold members can save Microsoft Points on an assortment of select Marketplace items. The 50% special pricing will be available until May 14th.