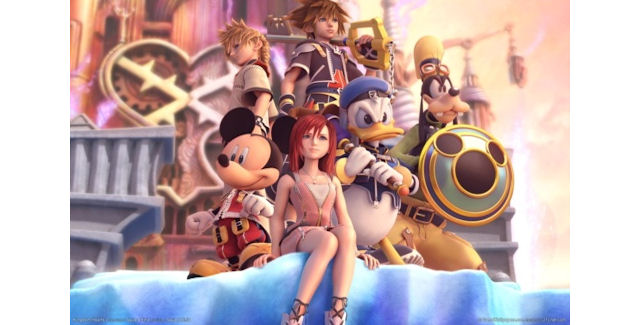 The June issue of Game Informer magazine features an interview with Kingdom Hearts series creator Tetsuya Nomura, where he hints at Kingdom Hearts 3 being on the way!

When asked about all the games in the series, he talks about them being spread out across many platforms of late, and concludes: “I also feel that it’s about time that Kingdom Hearts should go back to being on a console.”

Let’s hope it’s in development for PlayStation 3, Xbox 360, and Nintendo Wii U.

“I’m not able to disclose any information on what’s coming next or any other future plans [for Kingdom Hearts 3], but you may be able to find a hint if you play through [Kingdom Hearts 3D] Dream Drop Distance to the very end.”

Since the game’s already released in Japan, this video below will show you all the Kingdom Hearts 3D ending scenes with fan-made subtitles. Obviously there will be spoilers, so don’t watch until you’ve finished Kingdom Hearts 3D yourself only 2 months from now! Plus it’ll be voiced in proper English then.

He also seems interested in that Kingdom Hearts HD Collection combining all the games for new fans, saying: “I do have an interest in HD versions, and I’m currently researching them. If it is possible, I would like to do something about the series being spread over so many different consoles, too. I am thinking a lot about the future.”

“First of all, this series is not intended to be child-focused [like Disney is known for], and so the complexity of the story is purposefully made prominent. That being said, with a series being around so long, there are a few items I have in mind so that a wider audience range can enjoy the experience. For the time being Dream Drop Distance, there is a new function called Mementos, and in the section called Chronicles, the player can read a summary on each of the titles from the Kingdom Hearts series. Whether you are just starting out or you have played all the games before and need a refresher, it has all of the key information summarized.”