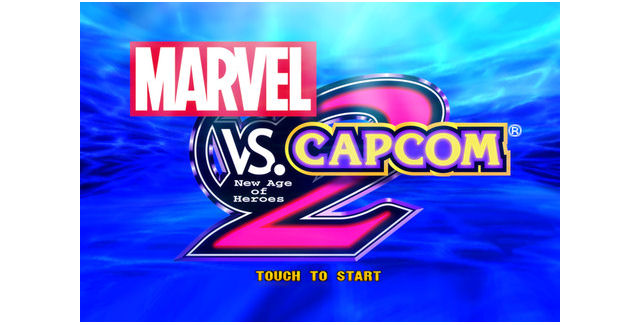 This week you can play these new iOS games for iPhone, iPod Touch & iPad via the iTunes App Store. The newest games become available mid-week in America at around 11 PM EST and Europe at around 12 AM UK time.

Here’s an overview of what iOS games Apple announced:

Content: Marvel vs. Capcom 2
Price: $2.99 (a $2 discount in launch week)
Description: A full-featured port of one of the best fighting games of all-time Marvel vs. Capcom 2 has previously only been enjoyed in arcades and consoles for over a decade. Now enjoyable anywhere, anytime with the iOS version. Deep 56 Character Roster Featuring Characters from the Marvel and Capcom franchises.

Users can connect with other iPhone users via Bluetooth and play against each other. New streamlined touchscreen controls optimized for iOS. Introducing the Flick Button, a new control feature that streamlines complex inputs.

Note: The game can be played on any version after iOS 5.0, on iPhone 4, 4S / iPod touch 4th generation/ iPad 2, iPad 3rd generation. Note: This application will not work on the iPhone 3GS, iPod Touch 3rd generation or earlier, nor the iPad 1st generation.

Content: Inotia 4 Plus: Assassin of Berkel
Price: $2.99
Description: Which side will you choose when the two forces rise again? Inotia saga brought to the next level in Inotia 4: Assassin of Berkel. Appstore’s number 1 RPG chronicles of the Inotian continent has returned with more action and thrill that allures you to exciting party gameplays and other journeys.

Stride along with Kiyan, the Shadow Tribe’s virtuoso, and Eara, the influential Channel of Light, in their fantasy adventure story. With improved graphics and storyline from the previous series, get indulged in the battles against goblins, orcs, and more!
6 Classes, 90 Skills: Choose from 6 classes; Black Knight, Assassin, Warlock, Priest, and Ranger. And 15 different skills are added to each class. Combine all skills to customize your party’s strategy.

Content: Spellsword
Price: $0.99
Description: Spellsword is a retro-inspired Hack N Slash survival based iOS game presented by Everplay and FireFruitForge. Spellsword follows the path of an unlikely hero as he quests to unleash the power of his newly found Spellsword. The player will fight in a variety of arenas to unlock new items and spell cards.

Content: Ski Safari
Price: $0.99
Description: Ski Safari is racing into the app store this week and for fans of endless sking, adorable Yeti’s, and backflipping snowmobiles your time has finally come! Created by the same team who brought you Rocket Bunnies, Ski Safari is filled with the same sense of humour, pick-up-and-play fun, and addictive challenge – all polished to a mirror gleam.

Here’s a list of the rest of the iOS games out today:

Here are this week’s free updates:

Thanks to Toucharcade & iTunes for the overview.