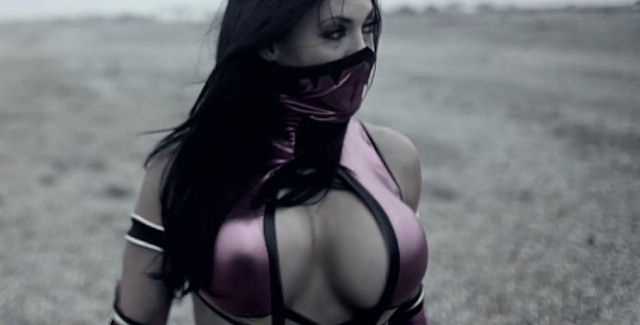 Warner Bros. Interactive Entertainment and NetherRealm Studios are still heavily promoting the upcoming PlayStation Vita version of Mortal Kombat 2011 with the slogan that you can “Fight Anywhere”.

With the shoutout “Let’s Dance!” we get a sneak peek at the Live-Action Mileena trailer.

While I realize full-well that this woman’s Mileena cosplay takes place in her imagination as she’s engrossed by playing the game — something Kitana’s Live-Action video revealed — you have to admit that walking on gravel in those high heels looks like the most uncomfortable walk ever! 😆

PS: Will update when the full Mileena trailer gets released.

Mortal Kombat for the Playstation Vita is available in stores May 1, 2012.