Killer is Dead Announced By Grasshopper 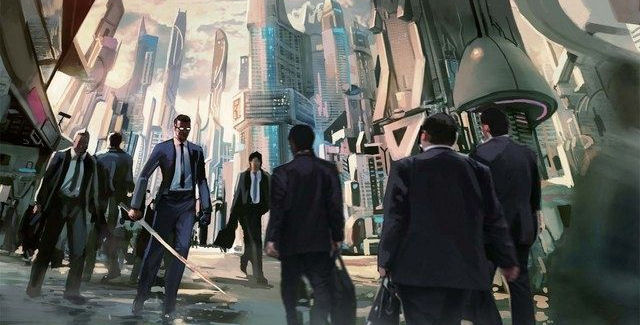 Suda 51’s studio Grasshopper Manufacture has announced Killer is Dead for Xbox 360 and PlayStation 3 is due in 2013. Let’s get this out of the way quick, it’s not a sequel to Killer 7. Sorry guys and girls! But the good news is that it promises to keep the essence of Suda’s past “assassin” action games.

Japanese gaming magazine Famitsu, has revealed the main character is a professional “Executioner” who’s job it is to assassinate S-level criminals around the world. Similar to the No More Heroes games, you’ll get to wield a sword, but “new systems” will also be part of the gameplay. I imagine that gives our professional killer more ways to kill criminal killers.

The game’s theme is “Moon and Earth” with the enemies the protagonist is tracking down essentially being related to “Moon” as you fight in a variety of places. Other key words are “”Brilliant Game” and “Love” with the protagonist fighting to protecting someone he loves. That said, the story isn’t sci-fi and simply set in an extension of modern times, according to an interview translation by Andriasang.

Development on the game started in Spring 2011. Suda is in charge of the game’s scenario, so yeah… it’ll be brilliantly weird! 😀

I couldn’t end this article without showing a trailer for the GameCube & PS2 game Killer 7 for those who haven’t seen the insanity in Suda 51’s brain.

While the wait until 2013 may seem like a long one for fans, luckily there’s the studio’s June 2012 release of Lollipop Chainsaw to look to.

Update: Thanks to Enkcrypt for pointing out Killer 7 wasn’t a Nintendo GameCube exclusive, but a PS2 version exists as well. In case you’re wondering why Killer is Dead isn’t announced for Nintendo’s Wii U, but is for PS3 & Xbox 360. It’s because Suda has stated he doesn’t have a Wii U dev kit yet. Oops! Although apparently the publisher decides what platforms to release a game on and they didn’t request a Wii U version.

What kind of bizarre story do you think Killer is Dead will tell?