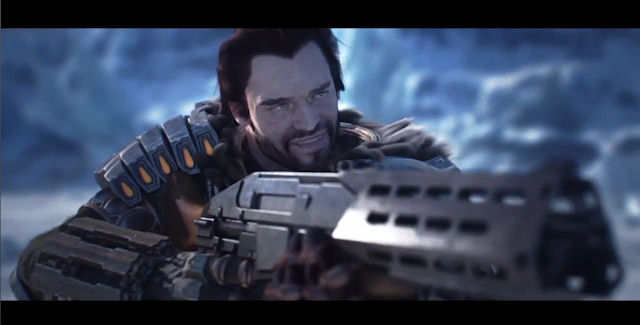 Capcom has announced Lost Planet 3 for PS3 and Xbox 360! You can view the cinematic debut trailer below.

Capcom today confirmed new information and details on its previously announced game line-up for 2012 stemming from its annual media showcase event, Captivate 2012, which took place in Rome last week. At the event, Capcom officially announced Lost Planet 3 is in full development and scheduled for release on the PlayStation 3, the Xbox 360, and Windows PC in early 2013.

Lost Planet 3 is a prequel and will take place some years before the events of Lost Planet 1. The new hero Jim is determined to uncover pockets of precious thermal in the energy chilling ice and unforgiving outdoors every day, braving not just the weather, but also towering akrid. Jim’s rig is actually a precursor to the Vital Suits.

Introducing our hero Jim, his massive Utility Rig (the mech you’ll see) and a giant, pissed off akrid. Lost Planet 3 returns to the extreme conditions of the first title while introducing new gameplay elements and characters.

Here’s a gallery of Lost Planet 3 screenshots. Click to enlarge: 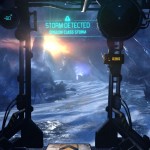 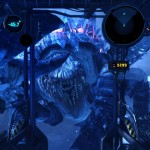 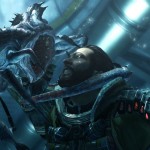 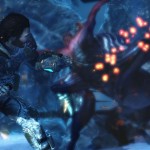 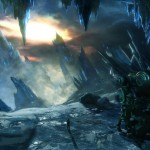 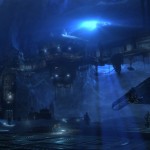 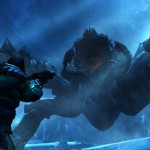 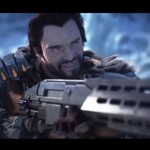 Lost Planet 3 introduces Jim, a rig pilot who leaves Earth to take on a hazardous but lucrative contract on E.D.N. III. Working for Neo-Venus Construction (NEVEC) who are preparing the planet for colonization, Jim joins his fellow pioneers at the Coronis base and begins surveying the uncharted terrain and obtaining samples of the planet’s energy supply – Thermal Energy.

With NEVEC’s existing Thermal Energy reserve running low the fate of the Coronis mission depends on the natural source of the energy supply being located. Realizing that this is a great opportunity for a huge pay-off and early ticket home to his family, Jim braves the risk of the treacherous environment and threat of the indigenous Akrid. Acting as a home away from home and boasting an array of tools that can assist Jim on the field, the utility rig provides Jim’s safety and is essential for not only his contract work but also his protection against the ever-changing climate.

A video interview with the creators of Lost Planet 3:

While the first two Lost Planet games were developed internally at Capcom, the third Lost Planet game is in development at Spark Unlimited with oversight from Capcom’s Lost Planet franchise director Kenji Oguro.

I liked the first game, but to my shock I couldn’t get through the second game because of bad gameplay issues. And then to find out the third game is being made by Spark Unlimited, who previously made Legendary: The Box and Turning Point: Fall of Liberty, I’m in horror. Both games suck, but the latter is one of the worst games I’ve EVER played for review! But I’m all for giving any dev the benefit of the doubt, so let’s hope the right people are working on this to make playing the series fun again. For one, the above cinematic and voice acting is fantastic. But let’s wait for the demo on this one.

What are your thoughts on Lost Planet 3?