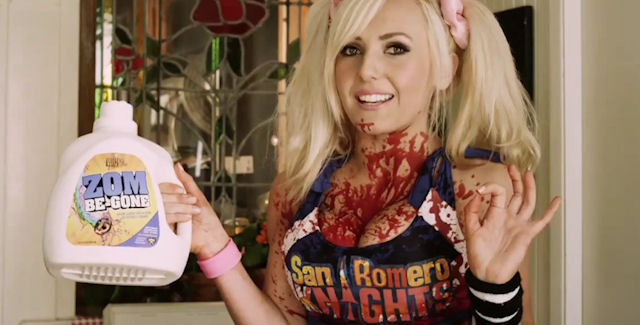 Take a look to see how the real-life Juliet gets rid of her toughest clothing stains with ZOM-BE-GONE.

Grasshopper’s Lollipop Chainsaw will be released for Xbox 360 & PS3 in America on June 12, in Australia on June 13, and in Europe on June 15.