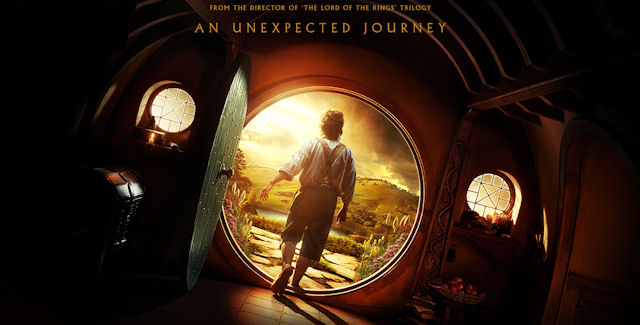 The Hobbit: An Unexpected Journey movie tie-in game has been rumored as in development at the Warner Bros. owned studios Monolith Productions & WB Games Seattle. This won’t be a re-release of Sierra’s 2003 game “The Hobbit: The Prelude To The Lord of the Rings”.

“As to what Monolith/WB Games Seattle is up to now — pretty sure it is a little fantasy action RPG-lite called The Hobbit: Part One.”

The first The Hobbit movie will be in cinemas in Europe on December 13th and in America/Canada on December 14th. Expect the video game to be released at around that time as well, before the end of 2012.

The report even goes as far as saying the second The Hobbit movie tie-in game is set for release a year later. Which would put them on a simultaneous December 12-13 launch in 2013.

The settings of The Hobbit is as follows:

A curious Hobbit, Bilbo Baggins, is swept into a quest to reclaim the lost Dwarf Kingdom of Erebor from the fearsome dragon Smaug. Approached out of the blue by the wizard Gandalf the Grey, Bilbo finds himself joining a company of thirteen dwarves led by the legendary warrior, Thorin Oakenshield. Their journey will take them into the Wild; through treacherous lands swarming with Goblins and Orcs, deadly Wargs and Giant Spiders, Shapeshifters and Sorcerers.

Although their goal lies to the East and the wastelands of the Lonely Mountain first they must escape the goblin tunnels, where Bilbo meets the creature that will change his life forever … Gollum. Here, alone with Gollum, on the shores of an underground lake, the unassuming Bilbo Baggins not only discovers depths of guile and courage that surprise even him, he also gains possession of Gollum’s “precious” ring that holds unexpected and useful qualities … A simple, gold ring that is tied to the fate of all Middle-earth in ways Bilbo cannot begin to know.

So excited for this movie! I’m totally going to watch The Lord of the Rings: Extended Edition Trilogy movies before seeing The Hobbit at the cinemas! 😀

Are you ready for more LOTR-like The Hobbit games?

Tags: The Hobbit: The Game