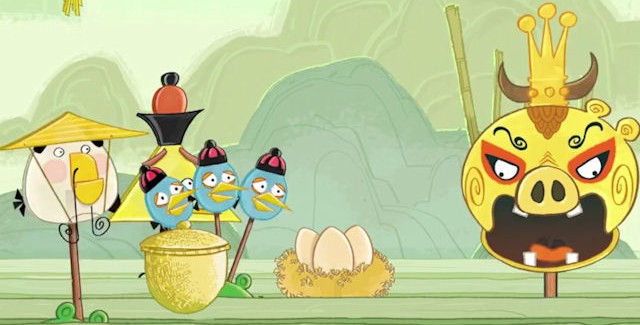 The Angry Birds animated cartoon series has been confirmed by Rovio Entertainment. Based on the popular physics puzzle video game, the 52 short cartoon episodes will be released on “all possible platforms”.

This announcement was made by Nick Dorra, Rovio’s head of animation, at a media conference in Cannes, France. To quote him:

“I am happy to say we are going to roll out a weekly animation series this year of short format content. It’s a great way for us to connect with our existing fans, to give them more and keep them engaged.

But it’s also important for acquiring new fans because not everyone might want to play the game or is not able to play the game. We want to offer people different points where they can interact and experience our characters.”

Aside from the animated game introductions, here’s an example of an Angry Birds cartoon called “Year of the Dragon”.