Female Assassin Not In Assassin’s Creed 3 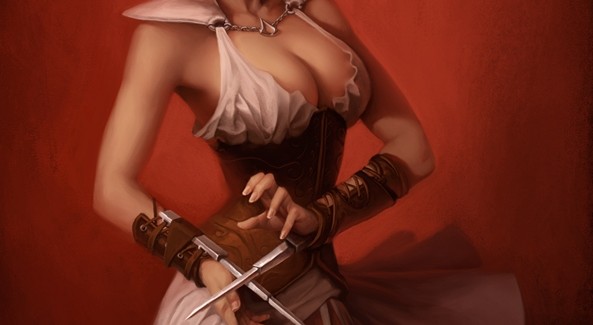 “It’s always up in the air. I think lots of people want it. In this period it’s been a bit of a pain. The history of the American Revolution is the history of men.

It felt like, if you had all these men in every scene and [a female assassin is] secretly, stealthily in crowds of dudes, it starts to feel kind of wrong. People would stop believing it.”

I suppose once again we’ll be going to the game’s multiplayer modes to be able to play as a female characters (albeit Templars). It’s a shame Ubisoft — who normally are quite keen to twist history to fit their storytelling to mess with our minds — this time weren’t able to do so to fit female Assassin’s in. I would’ve liked to have heard Desmond’s “Well… that’s a new experience!” Animus reaction! 😆

The Assassin’s Creed: Brotherhood Collector’s Edition in Europe included special artwork on cards that were interpretations of various artists about the Assassin’s Creed universe. One of them saw Will Murai draw a skimpy female Assassin, which is hardly representative of a stealthy Assassin, but it’s the only official artwork made so far… 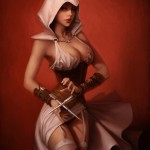 Assassin’s Creed 3 will see Desmond visit the American Revolution period as another of his male ancestors, this time the Native American Assassin Connor.
Here’s his profile video that highlights the new hero’s background.

Assassin’s Creed III is set for release on October 31st, 2012 on the Xbox 360 & PlayStation 3, with a Wii U & PC release following later on (hopefully still this year).

Image credit: Will Murai / no longer in stock at Ubisoft Workshop. Full interview at: Kotaku.

Do you still want to play as a female Assassin in future AC games?