Top 11 Reasons Why Prototype 2 Is Awesome 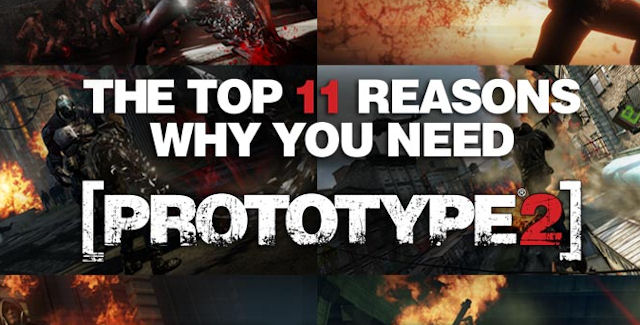 The developers of the game, Radical Entertainment, put together a video of the Top 11 reasons why you need Prototype 2.

The sequel to Radical Entertainment’s best-selling open-world action game of 2009, Prototype 2 takes the unsurpassed carnage of the original Prototype and continues the experience of becoming the ultimate shape-shifting weapon. As the game’s all-new infected protagonist, Sgt. James Heller, players will cut a bloody swathe through the wastelands of post-viral New York Zero with unparalleled locomotion, building up a vast genetic arsenal of deadly, biological weapons and abilities as they hunt, kill and consume their way toward the ultimate goal – to kill…Alex…Mercer!

Let’s find out why Prototype 2 will be awesome! 😀

What do you think about “This…”?