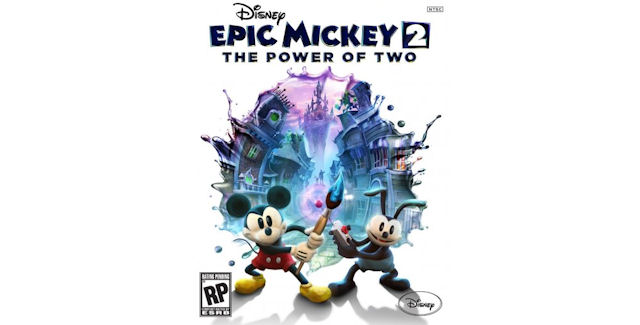 At a Paris press event, the European Epic Mickey 2 release date was confirmed as November 18th, 2012, for the Nintendo Wii, Xbox 360 and PlayStation 3. With a newly revealed PC & Mac version likely coming at a later date!

That’s right, Disney Epic Mickey 2: The Power of Two is also coming to PC! This was confirmed by both the game’s publisher Disney Interactive Studios and the developer Junction Point Studios at the event.

In Epic Mickey 2, the titular hero Mickey returns to the Wasteland – which is an alternate Disney universe filled with discarded characters of old – where this time around he’ll be joined on his quest by Oswald the Lucky Rabbit! The game supports drop-in drop-out co-op play this time around.

During all the announcement chaos last week, Disney had already mentioned a September 2012 release, but it’s nice to get confirmation of a date. The Wednesday release may hint at a worldwide launch date. Stay tuned for more Epic Mickey 2 news as it breaks.

Are you counting the days until you can play Epic Mickey 2?