What are you playing this weekend? #4 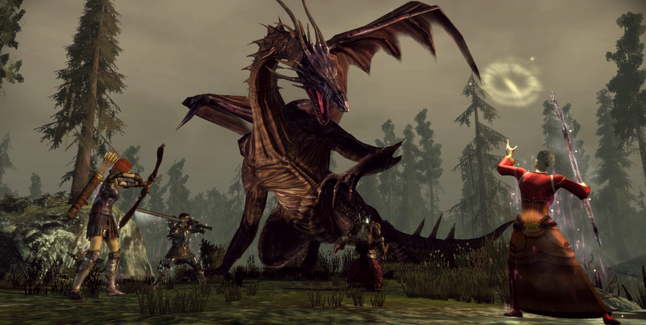 Here I’ll be sharing my video game picks for the end of the week, and suggesting some awesome current games for you to get into this weekend!

I recently completed Mass Effect 3, which was one hell of an epic journey which left me craving even more RPG goodness! Although I’ll be playing through the Mass Effect games again soon (as I feel it’s time to get my Renegade Shepard out), I have found myself going back to Dragon Age: Origins. This is another role-playing BioWare gem, which I’m sure won’t disappoint! The game’s been sitting in my collection for a while now, and I think it’s time I gave it some much needed attention. Dragon Age: Origins is available for the PS3, Xbox 360, Microsoft Windows and Mac OS X.

For those of you who are unfamiliar with Dragon Age: Origins, here’s the Ultimate Edition launch trailer:

Another game that I’ll be having fun with this weekend is Rayman Origins! This beautiful looking and sounding side-scrolling platformer, is a game that I feel has been unfortunately overlooked by many gamers! I definitely recommend this game to any Super Mario lovers out there! It’s quirky, incredibly entertaining and can be surprisingly challenging! It’s a must play in my opinion, definitely if you’re looking to play with some friends! Rayman Origins is currently available for the PS3, Xbox 360, Wii and PlayStation Vita. The game is due to be released for Microsoft Windows on March 29th in North America, and March 30th in Europe. The 3DS version of the game is due be released on June 8th in Europe, while the North American release date is yet to be confirmed.

For those of you who haven’t played Rayman Origins yet, here’s the launch trailer:

Seeing as it’s been a hot topic this week, I’d like to share my personal thoughts and opinions on the Mass Effect 3 ending with you all! Here’s a vlog I recently posted on my channel regarding the subject. Enjoy, and feel free to discuss. ^_^

So what will you be playing this weekend? What are your thoughts on the games I’ve mentioned above? Let me know in the comments section below!