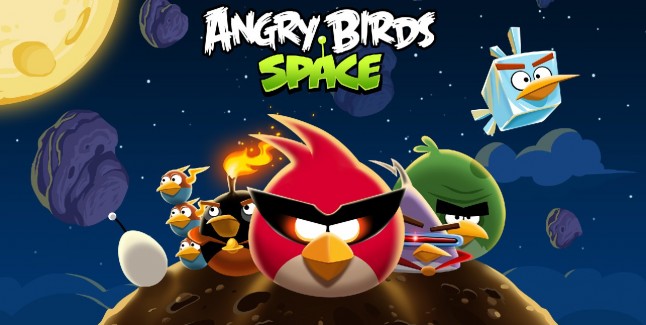 Our Angry Birds Space walkthrough will guide you through the beginning to ending moments of gameplay with strategy tips to get all 3 Stars in each level for this space physics-based puzzler. Available now at the App Store for iPhone, iPod Touch & iPad, as well as Android mobiles, and PC & Mac digital versions.

Egg stealing Pigs be warned: “In space, no one can hear you squeal.” 👿

Please note that this game has been rated suitable for everyone ages 3 and up. Angry Birds Space includes Violence that is set in a cartoon, slapstick or child-like setting.

Angry Birds Space includes 60 interstellar levels, both on planets and in zero gravity! This results in frantically different gameplay ranging from slow-motion puzzles to lightspeed destruction. Aside from a whole new galaxy to explore, the game features brand new birds and whole new superpowers. And let’s not forget about the regular free updates, and new in-app purchases, like the Danger Zone with 30 of the most difficult levels ever made for Angry Birds. The sky’s no longer the limit in Angry Birds Space!

What birds are playable in Angry Birds Space?

• An all-new bird appears in Angry Birds Space. Ice Bird is an extraterrestrial with the power to freeze enemies solid!
• Red Bird, everyone’s favorite, is here and more powerful than ever.
• Bomb Bird will use his heat shock wave to blast anything in his vicinity.
• Lazer Bird is one of the fastest objects in the universe.
• Terence Bird is now a cosmic wrecking machine, smashing through everything like a green Hulk.
• The Blue Birds are causing mischief.
• The Space Eagle can open a wormhole of destruction! Earn it through gameplay or buy in-app.

These Angry Birds Space screenshots show what they look like in-game: 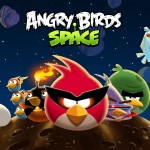 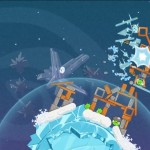 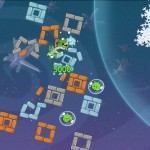 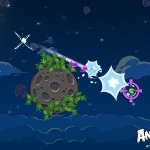 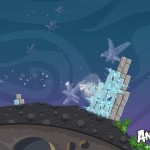 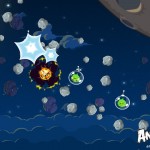 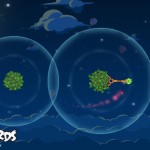 After a giant claw kidnaps their eggs, the Angry Birds chase it into a wormhole and find themselves floating in a strange new galaxy – surrounded by space pigs! Luckily the Angry Birds have super powers of their own…

Tip: Eggsteroid Location 1 can be found in Level 1-9. You need to zoom out the playfield to be able to see the planet it’s on. The Golden Egg can be found in the little green bush at the left side of the planet below the two space pigs. Simply aim the Blue Birds at it in a straight line. Then the Bonus Level E-1 gets unlocked.

Bonus Level E2 is an homage to Space Invaders!

On the second page of this Angry Birds Space Walkthrough we continue with Level 1-11.