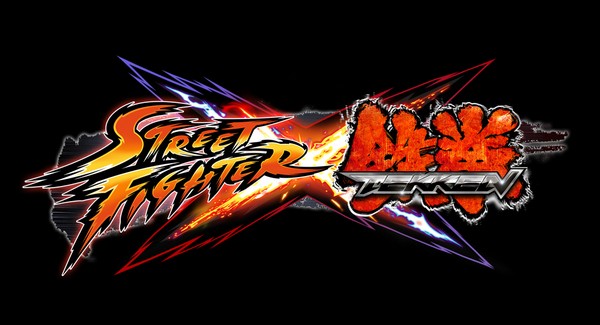 Overall, everything good about this game is the same thing that’s fun about fighting games in general. It’s fast-paced, has great energy, and the fighting animation is smooth and enjoyable. The only aspects of the game I found lacking were the story, tutorial, and the graphics. This game isn’t a life-changer but it is fun to play with friends.

The story of this game is silly in my opinion and I didn’t care about it at all while I was playing. For those of you who DO care: A cubical object crash-lands in Antarctica.
Where it’s cold and nobody sane wants to go. The object is of a mysterious origin and researchers worldwide are unable to determine what purpose it serves. Therefore, everyone has to have it. The only thing that can be understood is that the box-thing releases a energy that brings more power to people who fight with it. Due to the object’s tendency to react to conflict between beings, they name it “Pandora”. So original. On the other hand, the characters are easy to care about and have distinct personalities. This made it especially fun to pair up different Tekken and Street fighter characters just to see what they would say after a battle.

The gameplay is based on the 2D gameplay of the Street Fighter series which honestly isn’t my preference when it comes to fighting games. But it did lend itself to a sense of nostalgia, reminding me of when I used to play Street Fighter 3 on the Dreamcast. Street Fighter Cross Tekken is a tag fighting game, with several alternative stories set up for pre-matched teams of two. I used my two homegirls Nina Williams and Chun-li, even though they were not pre-matched and then the story just follows whoever is the team leader. The game is clearly a Street Fighter game and anyone familiar with the series should pick up the minor changes right away. Tekken fans like myself will have to adjust their tactics quite a bit and pretty much relearn how to use their favorite characters. Even though the Tekken characters moves are basically the same, the timing for how moves can be used is very different. It did not take me too long to get the hang of it and I still enjoyed playing my favorite Tekken character, Nina Williams.

Graphically Street Fighter Cross Tekken is underwhelming. I do like the bright colors and the painted style of the characters. I love the street fighter versions of the Tekken characters. But most of the textures are made up of blurry pixels which looks like it’s been run through a “painted” Photoshop filter. IF that was the look they were going for, it was lost on me. The battle levels are basically the same, bright, colorful and low-quality.

The character movement and fighting was very smooth and enjoyable to watch. The pre-rendered cut scenes used very little animation but when it was used it looked good. The opening cut scene with the news broadcast is especially weak and graphically looked terrible. I sat through it once just for this review and it made me want to break my eyeballs.

The music was fun and upbeat in every level although none of it is really memorable aside from the Cosmic Elevator stage. I actually liked that song quite a bit. The overall theme was dance and techno music with little variation through the stages. I did find it strange that the voice actors are one the first credited groups when the credits roll at the end. I don’t think they did very much except give one liners and give martial arts yells.

The Best thing about the game is being able to play as two of my favorite video game characters, Nina Williams and Chun-li. I think a Tekken and Street Fighter mash-up has been coming for a long time and this game puts the characters together seamlessly. Their distinct personalities made them a great team even though they weren’t pre-matched.

The absolutely worst thing about this game is the tutorial. Everything from the setup to the tiny text make it an unpleasant experience. It was very easy to pick up most of the normal and special moves. But many of the tasks, such as using the Super Arts are not explained properly and takes valuable game time to figure out. The Cross Cancel was one such move I was never able to figure out. Now my player data screen taunts me with that zero. I’ll eventually give in and try to find out how to do it online. The tutorial certainly didn’t teach me.

The characters are easy to care about and have distinct personalities. This made it especially fun to pair up different Tekken and Street fighter characters just to see what they would say after a battle. The Best thing about the game is being able to play as two of my favorite video game characters, Nina Williams and Chun-li.

This game, like most fighting games has a very high replay value with numerous different character combinations. The different game modes and challenges also add to the replay value by challenging a player’s improving skills. Capcom has promised that plenty of DCL will be released for Street Fighter X Tekken which may include even more characters, stages, and challenges. Maybe and outfit or two as well.