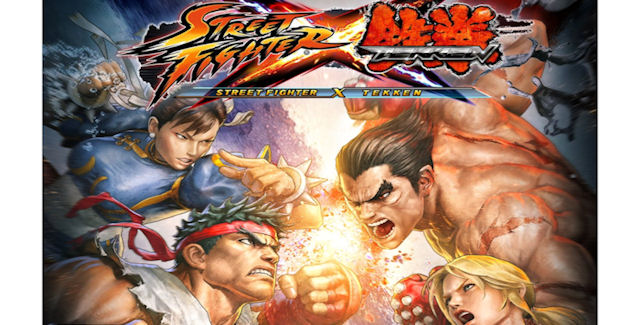 Our Street Fighter X Tekken walkthrough will guide you through the beginning to ending moments of gameplay with strategy tips for this fighting game on the Xbox 360, PS3, and later on PC & PS Vita.

Please note that viewers must be at least 13 to watch, so no harm comes to those with innocent eyes. This game includes Alcohol Reference, Crude Humor, Language, Suggestive Themes, Violence.

Fans from each series will also be able to play with either Street Fighter’s traditional 6 button layout or Tekken’s 4 button layout!

Players who are new to either series will be able to join in on the fun with an easy-to-understand battle system that promises excitement and countless hours of fun.

Street Fighter X Tekken gameplay presentation by the fighting game’s producer Yoshinori Ono with commentary tips. This 15 minute presentation covers the new gem system as well as the 3 pillars of gameplay that the game is set to offer players. A great introduction for old and new players alike.

These are introductory tips to Street Fighter X Tekken, with some history thrown in for good measure, by pro gamer Maximilian.

A brief overview for Street Fighter fans of what Tekken is all about.