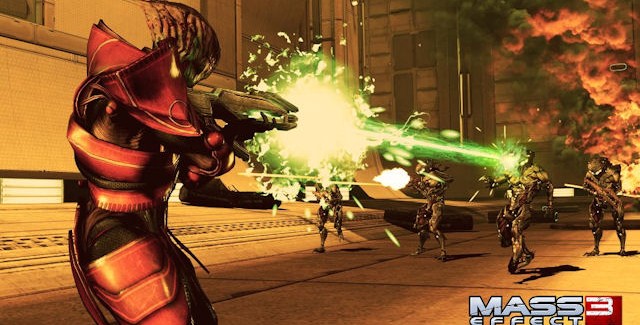 This Mass Effect 3: From Ashes walkthrough will guide you through the beginning to ending moments of gameplay with strategy tips for this action-RPG story DLC on the Xbox 360, PS3, PC & Wii U.

Cerberus has discovered a Prothean artifact on Eden Prime. Land on the planet to recover the artifact. Unearth lost secrets from the past and recruit the Prothean squad member Javik in The Prothean Downloadable Content Pack! Also includes a new appearance for each squad member. Note: Collectors Edition copies of Mass Effect 3 include a code for this content, everyone else has to pay $10 for it.

Please note that viewers must be at least 15 to watch, so no harm comes to those with innocent eyes. This game contains strong language and infrequent strong violence.

The Prothean is optional content that is designed to appeal to long-time fans of the Mass Effect series. This new “Priority Mission: Eden Prime” mission can be accessed from the galaxy map after you visit The Citadel for the first time. You will know you have the content, as you will get an email in your private terminal as a priority request from Eden Prime.

Once you complete the mission, the Prothean will return to the Normandy as a fully usable squad mate. And the Plasma Rifle weapon will be available for battle at that time as well.

Alliance Command needs your help. Cerberus has attacked Eden Prime and is now accupying the colony. Alliance forces are stretched too thin right now to attempt to liberate the colony, but we’re veen doing what we can to covertly aid the local resistance.

In the process, we’ve learned that Cerberus has uncovered a major Prothean artifact. We don’t know what it is, but it appears to be the reason for the attack on the colony. We need you to infiltrate the colony and recover the artifact.

This is the continuation of the Mass Effect 3: From Ashes DLC. We stick to our special mission to retrieve a Prothean from Eden Prime, but first need to find the second Data Pod to find out how to open the Prothean Stasis Pod. Since Cerberus discovered this living Prothean preserved in a stasis pod on Eden Prime, they are sending an army to stop us. Let’s get the Prothean out of the pod and away from Cerberus.

Now that we’re back onboard the Normandy SR-2 with a new crew member, let’s speak some more with the Prothean we retrieved from Eden Prime. Liara’s absolutely dying to get a first-hand Prothean history lesson.

At the end of our little chat with the Prothean, he trusts us enough to give us his name: Javik. After our mission and chat he’s now a full-on selectable squad member. Oh and let’s not forget we’re now able to wield his Plasma Rifle!

In this last part we chat with the Normandy crew members to get their thoughts. Liara has something to say, too. 😉

Thanks to XCV for the walkthrough videos.