Home » News » PC News » Sex Sells FireFall, But Not to Me

Sex Sells FireFall, But Not to Me 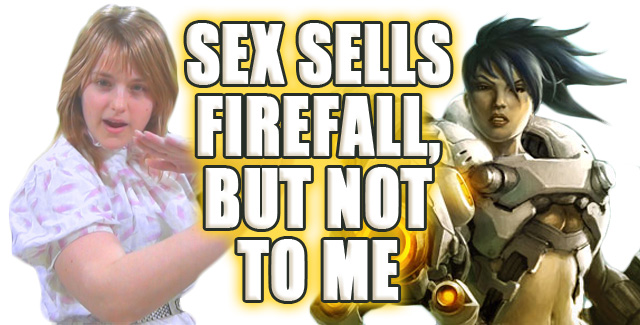 I get the feeling, I might not be the demographic Red 5 Studios is marketing to.

Red 5 Studios is best known as the game development company largely comprised of former Blizzard Entertainment employees. That seems like a company that could potentially produce one seriously awesome MMO. FireFall has been under development in secret for many years and was first announced at the September 2010 Penny Arcade Expo. Since then there has been a lot of excitement around this game and has received high praise from some big names such as Joystiq, PC Gamer, and IGN.

Though I am not typically a MMO gamer, I usually do whatever the Penny Arcade Extra Credits staff tells me to do. Seriously, I love that show. So when they told me to check it out, I was already digging my debit card out of my purse organizer (a.k.a wallet) and pulling up my iPhone’s reminder app to jot down when FireFall is due to release (TBA). By the time the FireFall homepage was done loading, I was done with FireFall. Sure, I took the time to scour the official blog and watch all the trailers but there was no turning back after the first page. 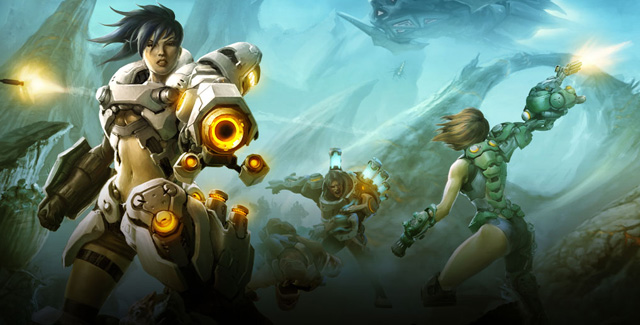 This is what I saw.

I get it, I really do. Sex sells. Not just video games, I can’t turn on my TV without seeing some scantily-clad woman selling something. Usually, that “something” can’t be sold without showing a little skin. When I see exposed breasts it becomes a big, red flag, warning me that this product is going to rely on sex to sell instead of actually being a worthwhile purchase. I’m not saying that assumption is always true, but my gut reaction is based on my life experiences.

I am the first to admit I am someone who likes a little skin in their video games. I like it when it’s appropriate and fits a character’s personality or in certain situations (ie: Leia’s sexy slave outfit). When a character is a soldier, why on Earth would she choose armor that has a hole cut out specifically for bottom cleavage? I’m not an anatomy expert, but that hole seems mighty close to a very important organ. Put bluntly, it’s silly, pandering, and it doesn’t make any sense. I didn’t see a hole in the bottom of the male character’s trousers. Nor would I want to!

It is important for developers to remember that not everyone likes sexualized characters in video games or other media. Some people actually hate it and in this case, it makes me less interested in the game. Red 5 Studio’s plan to use sex to sell their game has backfired in my case. I was interested and now I’m not. I am willing to bet my left eyeball that I’m not alone. I’ll bet the other eyeball that there are some heterosexual men who don’t like being pandered to and would agree with me.

My point is, we can’t pigeonhole gamers. Gamers come in every shape, size, color, religion, gender, and sexual orientation. Every year there is more evidence of gamers becoming more diverse and demanding more from games and game developers. There is still plenty of room for customization to let a gamer choose if they want their characters super sexy or conservative. Heck, the developers could make money just by charging for sexier outfits, much like Final Fantasy 13-2 did with Serah’s sexy little pink bikini outfit.

Have thoughts on the subject of sex selling games? Please leave me a civilized comment below. Love and peace, from my PC to yours.