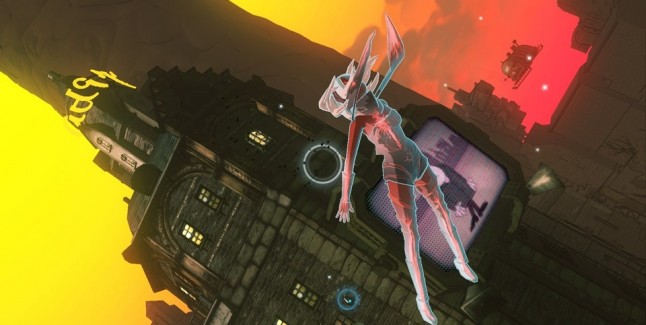 Sony has announced that Gravity Rush will launch itself to PlayStation Vita both as a digital release on the PS Store AND a Game Card release at retail from June 12th, 2012 in America and from 13th June in Europe.

The story explains that in Gravity Rush “A futuristic world is under attack from unknown forces. So-called gravity storms appear in the sky out of no-where and wreak havoc while strange creatures terrorise the population. Amidst all this mayhem, a young girl named Kat wakes up, struggling to regain her lost memories – but with a newfound phenomenal ability… to control gravity.” Which results in you using twin sticks, motion sensor and front touch to launch Kat into the air and let her walk on all surfaces.

Gravity Rush is a tour-the-force of the PS Vita’s unique combination of button, touch and gyroscope handheld-moving controls. It also uses the power of the Vita to great effect with beautiful cel-shaded graphics running in an open-world action role-playing adventure. Take a look in this trailer:

Here’s the amazing Japanese launch trailer for Gravity Rush, where it’s already released and topped the charts at its debut. Although it’s called “Gravity Daze: Gravitational Dizziness” over there.

This is definitely one of my most anticipated PS Vita games!

How do you like the look of Gravity Rush?