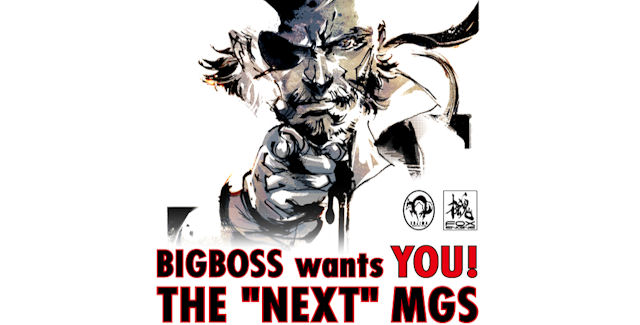 The website explains Konami are hiring for the development of a new Metal Gear Solid game. Job listings mention the game is aimed at high-end console systems and the PC.

As you can see from the image at the top of this page, the website logo reads: “BIGBOSS wants YOU!” for “The NEXT MGS” and “Development without borders. GDC 2012 Booth #1914.” below some teaser artwork for the game.

More concept art on the website (linked above) shows Big Boss and a dog! Just click on the “Do not click here” under “CLASSIFIED”. Big Boss is the codename of the legendary soldier who founded the U.S. Army Special Forces Unit, FOXHOUND, in the Metal Gear Solid universe.

The Game Developers Conference 2012 takes place between March 6-9. So hopefully we can expect more news at that time.

In the meantime you can catch up on the older games with the on Xbox 360 & PS3 released Metal Gear Solid HD Collection. See what they look like in HD in this launch trailer:

Do you think it’s time for a new Metal Gear Solid game?