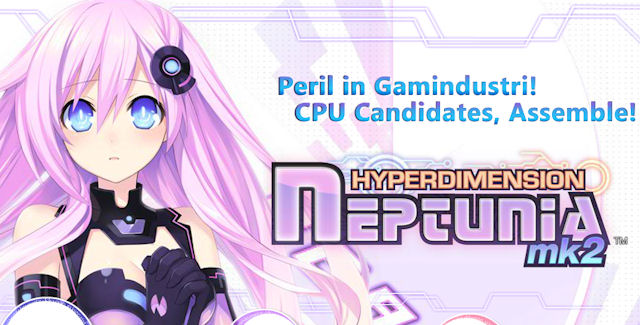 This Hyperdimension Neptunia Mk2 walkthrough will guide you through the beginning to ending moments of gameplay with strategy tips for this RPG exclusively on the PS3.

Please note that viewers must be at least 18 to watch, so no harm comes to those with innocent eyes. This game includes Fantasy Violence, Language, Sexual Themes.

The year is 20XX, and in the wake of Arfoire, who was previously defeated, a force known as ASIC (Arfoire Syndicate of International Crime), a group solely dedicated towards the deceased Arfoire, has risen, led by CFW Magic. Over the years, the influence of ASIC has become increasingly powerful, currently affecting many residents of Gamindustri. As such, in response to the threat, the CPUs and Nepgear travel to the Gamindustri Graveyard to combat ASIC. However, the five of them are overpowered and captured. Three years later, IF and Compa arrive to find Neptune. With the power of the Sharicite, a crystal made from the hopes of people, the two manage to free Nepgear and escape, though the Sharicite is broken in the process. Retreating to Planeptune, Nepgear must remember what happened over the past three years.

It’s the “Beginning of the End” at the Gamindustri Graveyard and the escape to Planeptune.

Tip: You can only save at save points in dungeons.

Tip: Try to avoid dangerous species / enemy types like Fenrir, Dolphin & Dragon. Regular monsters pale in comparison to the strength of these beasts.

The Quest for I’ll Never Stop! gets done here too.