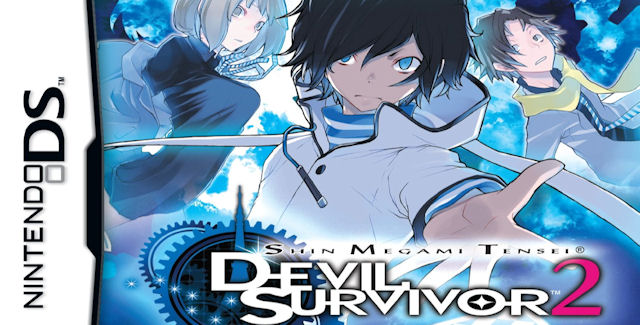 This Shin Megami Tensei: Devil Survivor 2 walkthrough will guide you through the beginning to ending moments of gameplay with strategy tips for this RPG exclusively on the Nintendo DS.

With an all-new story and cast, an expanded roster of demons to manage, vastly expanded party interaction, an all-new soundtrack from composer Kenji Ito, plus a host of refinements and improvements over its predecessor, Devil Survivor 2 delivers everything fans loved about the first game: an intense narrative with multiple endings based on player actions, the beautiful visuals and sounds the SMT series is renowned for, the addicting challenge of collecting, customizing, auctioning and fusing every last demon in the game, and much more.

Please note that viewers must be at least 13 to watch, so no harm comes to those with innocent eyes. This game includes Alcohol Reference, Blood, Language, Suggestive Themes, Use of Tobacco, Violence.

When a new website that shows the manner of people’s deaths in advance makes the rounds amongst Japanese high schoolers, a trio of students is shocked to witness their own deaths in a terrible subway accident just minutes away. They narrowly escape the carnage, only to find themselves in a worse situation–facing otherworldly demons. Desperate to survive, they fend off the demons and flee, but the destruction at the station is only the beginning…

How does the Devil Survivor 2 Battle System work?

What would you do if you could see others’ deaths before they come to pass? A mysterious website—Nicaea—will show you just this. What you do with the information will determine the fate of thousands as calamity strikes Japan…