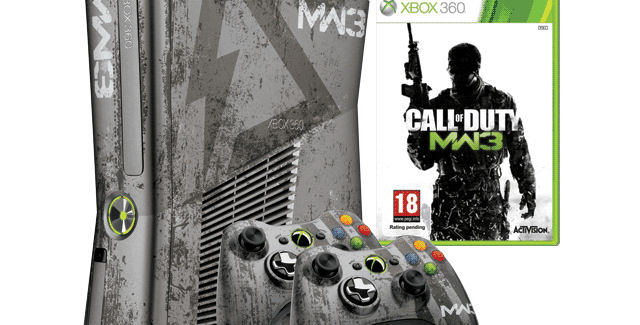 What were the Top 10 best-selling games in January 2012 in the United States?

The newest NPD numbers are in, and so are the top lists of the highest selling game systems and games for January in America.

For comparison, here are the Top 10 Best Selling Games of December 2011.
Expect Modern Warfare 3 to keep selling for obvious reasons…

NPD analyst Liam Callahan had the following to say:

“Games like Dead Space 2, Little Big Planet 2, and DC Universe Online ranked within the top ten last year, making for a poor comparison in January ’12 where there were no major releases. As shoppers were not drawn to stores due to new launch activity, this potentially impacted additional software purchases made on impulse.

“Xbox 360 sold more than 270,000 units in January, maintaining the number-one console spot in the U.S. This marks the thirteenth straight month Xbox 360 was the top-selling console in the U.S.

Historically, after several years in the console lifecycle there is a softening of demand, but Xbox 360 continues to defy that convention (with a 49% market share). Xbox 360 has found new ways to extend the lifecycle of the console by re-imagining entertainment and delivering new technologies like Kinect for Xbox 360, a new Xbox dashboard, and new entertainment content partners in 2011.

In 2012, Xbox 360 will again launch blockbuster games, including additions to the famed Halo and Fable franchises. The more than 50 Xbox LIVE entertainment partners will continue to expand with many more launching this year. Xbox 360 will also launch entirely new ways to interact with favorite television shows with groundbreaking experiences like Kinect Sesame Street TV and Nat Geo TV, forever changing the way people interact with entertainment.”

Is the Top 10 what you expected?