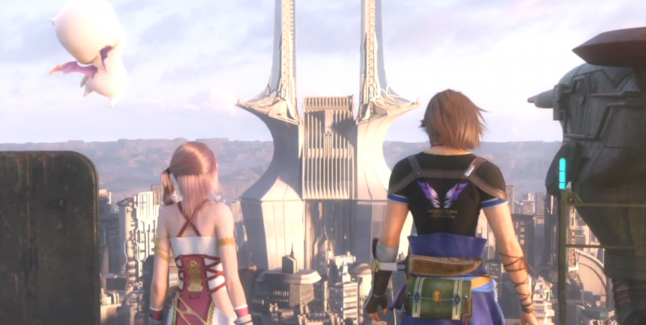 Welcome to another Let’s Talk video with Meg, but beware! This video contains spoilers!

The ending of Final Fantasy XIII-2 is one helluva shocker and one that I would have never expected. In this video I will be reflecting on said ending and sharing my own thoughts and feelings.

If you haven’t played the game yet, turn back now! This discussion will ruin the experience for you.

If you have completed the game, take a look!

So what did you think of the ending? Was it what you expected? Have you discovered all of the Paradox endings? Perhaps you were displeased with the story direction in general? Please leave your comments and opinions in the section below!

Side note – all of the tracks playing in the background are from the official Final Fantasy XIII-2 OST composed jointly by Masashi Hamauzu, Naoshi Mizuta, Mitsuko Suzuki and Yoshitaka Suzuki, and purchased from Yesasia.com. The songs are (in the order they appear):