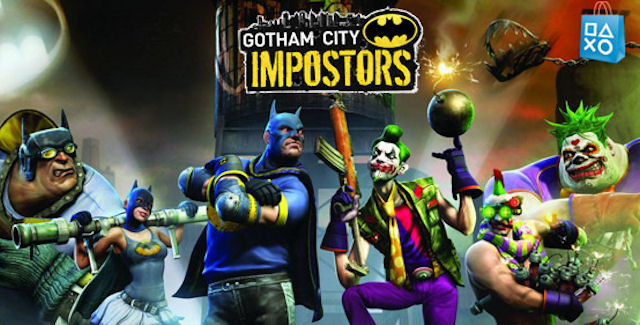 The Simpsons: Arcade Game ($9.99) – Free for PlayStation Plus Subscribers
In celebration of The Simpsons 500th episode, Konami ports a classic for XBLA and PSN! – The long-awaited home console port of the classic Simpsons arcade game is finally here! Join three of your friends as you chase down Smithers and Mr. Burns on the epic quest to save Maggie. Battle your way through 8 classic Springfield locations in this hilarious blast from the past!
ESRB rated E10+
File size 21 MB

Shank 2 ($9.99)
The ex-mob hitman is back in action with Shank 2. With the updated arsenal of weapons and combat system, Shank 2 raises the bar from its original.
ESRB rated M
File size 1.23 GB

Top Spin 4 ($29.99)
Top Spin 4 redefines the way you experience tennis. With the deepest player roster to date featuring 2K’s Signature Style and an enhanced Player Creator with a new My Player career mode, do you have what it takes to become #1 in the world?
ESRB rated E
File size 4.8 GB

Catherine ($39.99)
Explore the pleasures and horrors of love as Vincent, a man with a hard choice to make: marry his longtime girlfriend Katherine or move on to the incredible blonde he just woke up next to—named Catherine! But beware! Make the wrong choice, and you could end up dead.
ESRB rated M
File size 9.3 GB

Cubixx HD Demo
Cubixx HD is a fast paced action puzzle game which sends high scoring, combo chasing gameplay to the third dimension! Play through the epic 50 level arcade mode, challenge your skills to the limit in 50 challenges or take on the world in over 150 online leaderboards! If that isn’t enough you can join forces with friends in the 7 player co-op or destroy each other in the 7 player Deathmatch!
ESRB rated E
File size 164 MB

Kingdoms Of Amalur: Reckoning House Of Valor (Online Pass Paid) ($9.99)
The Grand Champion Tyr Magnus challenges you to compete in the Valor Arena. Enter the tournament grounds of the House of Valor in Kingdoms of Amalur: Reckoning. Overcome all obstacles to survive this barbaric tournament and seize control of the arena.
File size 35 MB

The King Of Fighters XIII Unlock Gallery ($2.99)
The entire artwork in the Visual section of the Gallery is available to purchase. *These art pieces can also be unlocked by playing the game.With the triumphant return of fan favorite characters like Mai, K’, and Vice, extensive refinement of the core fighting engine based on community feedback, and vastly improved network functionality, THE KING OF FIGHTERS XIII represents the HD entry in the series that fans have been waiting for.
File size 6 KB

Final Fantasy XIII-­2 – Opponent: Lightning & Amodar ($2.99)
Face Lightning and Lieutenant Amodar in the Coliseum! Use the crystals of defeated foes to summon them as allies in battle.
File size 18 MB

Warlords: How To Play Trailer Part 1

Warlords: How To Play Trailer Part 2

SSX: This Is SSX Trailer

So far one game has been confirmed: Malicious.

Malicious is an entirely original action game for the PS3. You are a “Spirit Vessel,” called into the world by the Prophets to vanquish evil. Armed with the “Mantle of Cinders,” a cloak that can absorb power from destroyed objects as well as shift form, you wage battle with the “Malicious.”

As for music DLC, these songs will be added to the SingStore.