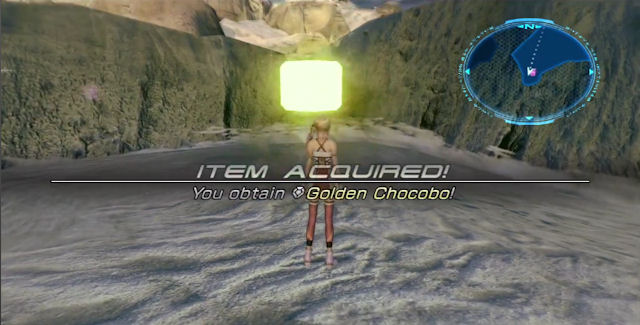 Here are tips and tricks to find hidden Final Fantasy XIII-2 Monster locations. Find out how to get a Golden Chocobo, Chichu, Cactuarina and more rare & secret Monsters!

The developers at Square Enix show step by step how you can capture monsters, allocate them in combat, and even infuse their abilities in Final Fantasy XIII-2. Doing this makes Serah and Noel an even more powerful team!

Here’s how to be a Master of Monsters.

In the next video guide IGN Strategize host Jessica Chobot tackles the latest gargantuan RPG from Square Enix Final Fantasy XIII-2. She shows you how to find the numerous rare monsters for your party to capture. And let’s be honest, who DOESN’T want a Golden Chocobo? Make sure you know the Moogle Throw and Mog’s Manifestation Fragment skills.

You get to that Golden Chocobo section as soon as you kill Gogmagog and clear the way, as you can see from the video below.

This is required to find the 8 Secret Monsters.
Use “Moggle Search” by turning on that option on the Fragment Skill Settings.
Please note that these 8 Secret Monsters can only be captured once in the whole game! So be careful not to Delete or Trade their Abilities with Another Monsters.

Here’s video guide showing how to capture the 8 Secret Monsters: