What Would You Name The Wii U? 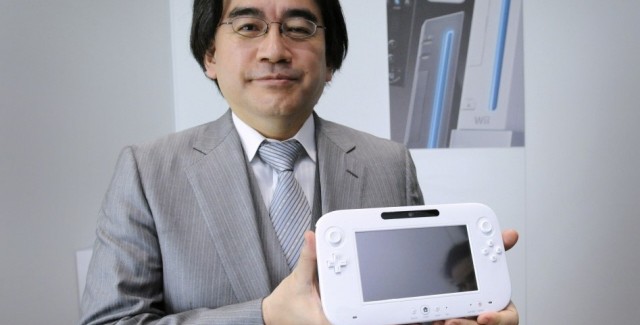 Here’s a fun rumor. A Nintendo source has claimed the company is considering to change the name of its next-generation console. Nintendo’s successor to the Wii console is currently named the Wii U, which is set for a late 2012 release.

The public confusion when the Nintendo 3DS was introduced in 2011, caused people to think it was a Nintendo DS instead of its new portable successor with a 3D screen. As a result Nintendo had to put up bold red box stickers to differentiate the similarly-named systems. Even going as far as to say in TV commercials that “This is not DS. This is Nintendo 3DS.” After a price-drop and an expensive marketing campaign, 3DS name recognition finally became public knowledge.

Nintendo does not want to repeat the same mistakes made on the 3DS name recognition with its next-generation home console, which is why the name change is possible. This according to a CVG report.

To add more fuel to the fire, Nintendo president Satoru Iwata (shown above) told investors this week that “the Wii U needs to learn a bitter lesson from 3DS and public confusion over its features.” This no doubt refers to the public confusion following the Wii U reveal at E3 2011, when people thought it was a new touch-screen controller for the Wii, instead of a brand new console, which it was. Honestly, at first I was confused too because they didn’t show the actual console during their live presentation.

Read more about the Wii U on: “What is the Wii U? A console, tablet or controller?”

If a name change is in order, I don’t think they will drop the Wii brand now that the name is familiar to 10’s of millions of new gamers worldwide. I liked going from a Nintendo to a Super Nintendo back in the day, but the “Super Wii” sounds kind of weird haha! And as a fan of Monty Python and the Holy Grail I can’t let a chance go by without suggesting they call it the “Nintendo Ni” 😆

What would you call the new Nintendo console?