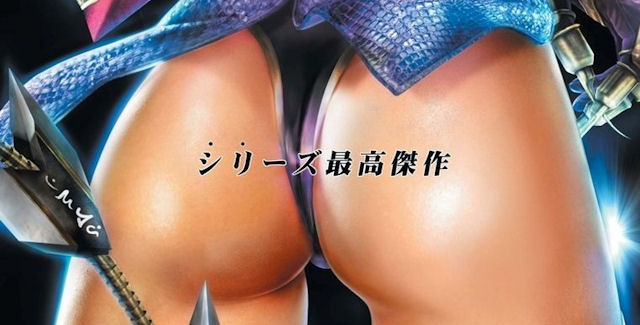 Namco Bandai have given us another gratuitous body-part shot to promote next week’s SoulCalibur V release.

After showing off Ivy’s boobs a few weeks back, they’ve now gone and made us aware the game features Ivy’s rotund bottom as well. I’ve expressed my thoughts about the promotional method in that previous article, so I’ll leave it at that. This promotion was found in various Japanese newspaper and sports publications like the January 26 issue of Nikkan Sports.

Obviously Ivy was created as an overly sexualized fighter, but I’ll leave it up to you to decide if this is just catering to an audience or if it’s done in poor taste? 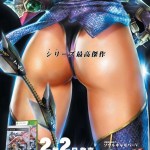 The Soul Calibur 5 characters roster is all over the place this time around, with some characters completely clothed with others clearly being male and female fan-service, including the S&M fetishists in the case of Voldo haha. Check out the linked page for a gallery of artwork showing the new competitors.

The Japanese Soul Calibur V TV Spot focuses on the fighting styles instead.