Uncharted: Golden Abyss Behind the Scenes with Nate & Sully 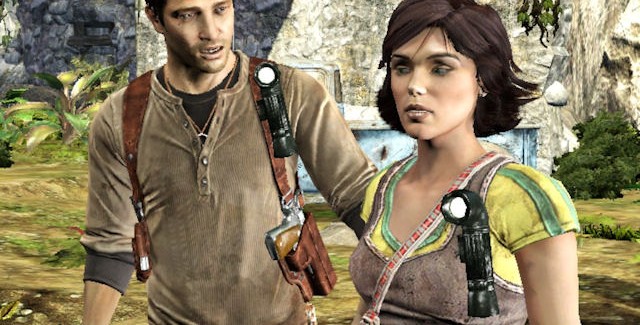 Who’s excited for Uncharted: Golden Abyss? Us lot certainly are! The first portable Uncharted adventure is truly looking like a console tour-the-force, as these new Behind the Scenes videos show.

Counting all the in-game voice-over dialogue, the game’s developer Sony Bend (who are working together with Naughty Dog) ended up with over 400 pages of script for Uncharted: Golden Abyss. This of course helps to give “the characters a level of depth that transcends the screen.” The below videos give us a peek at the process from script to voice-acting to CGI and in-game scenes.

“Uncharted’s charm comes from its characters, their friendships and chemistry. The great thing about story is that it’s hardware independent.” -John Garvin

Yes, Uncharted’s stunning visuals require next-gen hardware, but in the end, Uncharted’s charm comes from its characters, their friendships and chemistry. The great thing about story is that it’s hardware independent. Players can tell a good story from a bad one, great production values from not-so-great. We knew that the end result – all of that effort by all those people – would pay off in an UNCHARTED experience that would lose nothing simply because it was on a portable console.”

See the Nate and Sully actors bring their characters to life via motion capture.
Note: The game’s mo-cap and voice-over were done at Naughty Dog’s studios. Over 2 hours of cutscenes worth!

A second Behind The Scenes look at Uncharted: Golden Abyss.
Warning: Might contain spoilers, I stopped watching just to be on the safe side.

The best thing about Uncharted: Golden Abyss, though, is that it’s launching alongside the PlayStation Vita in America and Europe on February 22, 2012! That’s less than a month away and only 4 months after Uncharted 3 came to PS3 in 2011. Fans could get used to a new Uncharted game every year! 😀

Are you looking forward to Uncharted: Golden Abyss as well?