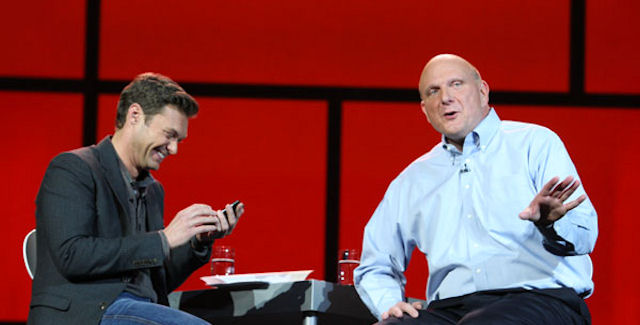 Microsoft chief executive Steve Ballmer has announced that the Xbox 360 has sold over 66 million video game console worldwide since its launch on November 16th, 2005.

That means the Xbox 360 is going head-to-head in the sales race with the PlayStation 3, which at last count had 55.5 million sold worldwide, but that was as of September 30th, 2011, so they may very well have tied by now. Because for Microsoft that meant in the last 3 months of 2011, 10 million new console owners joined us playing Xbox 360 games, HURRAH! And for the record the Wii is the current winner of the console race with 90 million systems sold worldwide, as of November 28th, 2011.

Mr. Ballmer gave a roundup of the latest sales numbers of Microsoft’s gaming devision in the company’s final Consumer Electronics Show (CES 2012) keynote in Las Vegas. The list is as follows:

Here are the highlights of the CES 2012 Microsoft keynote:

Via the official Microsoft blog.