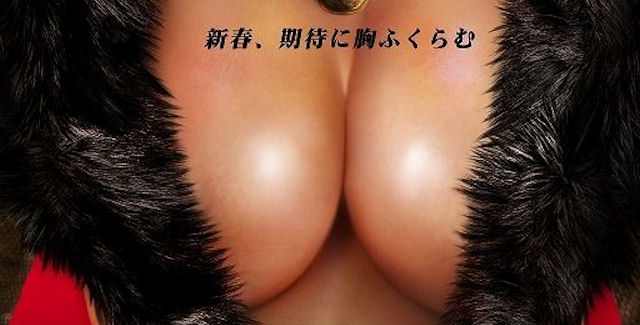 If I can get your attention for a second — still distracted by the breasts? ok I’ll wait… — well I was just going to say I found it rather ironic that the Dead or Alive fighting series famous for its boob jiggle effects has been toning it down, making their female fighters wearing less revealing clothes in its latest versions. But now the Soul Calibur series is doing the opposite, instead of focusing on supreme fighting mechanics over its competition, it’s highlighting Isabella “Ivy” Valentine’s ever-increasing cup size.

Then again, who are we to judge? Man or woman, we all looked didn’t we? 😛 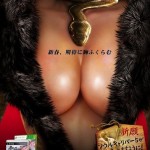 Two big promotions in one Soul Calibur V ad. Click for full size if you dare!

Want to see Ivy’s fighting moves? This is a Ivy vs Natsu match:

Thanks for this big news to Andriasang

With that I’m fresh out of sexual innuendo’s. Do you have any insightful remarks? 😆