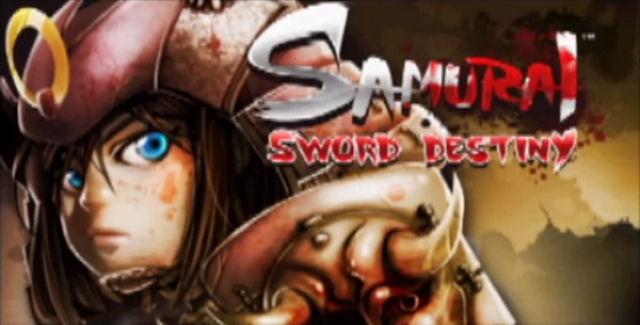 New Nintendo downloads this week in America and Europe. The games go live at 9AM Pacific time on Thursdays.

Note: If you’ve bought Super Mario Land 1 & 2, Zelda: Link’s Awakening DX and 3D Classics: Kirby’s Adventure on the 3DS eShop, please go to your eShop’s Main Menu – Settings – History and look at your already downloaded titles, to find you can do an Update the games to improve them.

• Samurai Sword Destiny ($5.99)
Description: Side-scrolling action gaming bliss! As the female samurai Akane, slash your way through hordes of enemies and bosses to discover the whereabouts of your brother! Dazzling upgradable combos and ferocious enemies will come alive in 3D on the Nintendo 3DS screen! (For Nintendo 3DS)

• Quick Fill Q (200 DSi Points / $1.99)
Description: Keep On Rollin’. Q is a spherical creature who rolls on without stopping. However, holes appear in the way to try and stop Q’s progress. Fill the holes using swift thinking and precise controls so Q can keep on rolling… (For Nintendo DSi & 3DS)

• 3 Heroes – Crystal Soul (500 DSi Points / $4.99)
Description: Crystennia is an ancient kingdom that uses Crystal Soul as its main energy source. The kingdom is facing the threat of monsters created by Rune Crystals. As the Crystal Champion, you must protect the kingdom by defeating monsters and collect various kinds of natural energy released by them. (For Nintendo DSi & 3DS)

• Zombii Attack (500 Wii Points)
Description: Zombii Attack is an arcade survival game. In an infected metropolitan city over-flowing with hungry zombies, you must stay alive armed with a only a giant slingshot and ammo such as anvils, tires, experimental highly-explosive z-bombs and even the undead themselves.

• Trip World (GameBoy, £2.70 / €3)
Description: Trip World is a cute platform game starring the innocent-looking – yet heroic – Yakopoo, who can transform into various different forms. When their symbol of peace, the Flower of Maita, is stolen, the people of Shabubu begin fighting each other. Even the grass and plants are in a frenzy! Only Yakopoo can save the day. Advance through each world by using Yakopoo’s transformations: fly, swim, become a bouncing ball and more, all to retrieve the flower.

Note: Nintendo UK has a fantastic trailer for Trip World if you click on the Videos tab. — Sorry folks but this looks to be a Europe-only release from Sunsoft.

• 3D Classics: Kid Icarus (Free*)
Description: Kid Icarus exploded onto gamers’ screens back in 1986 and rapidly became a firm favourite of many players all over the world. Now Nintendo has created a remastered 3D version of the title.

*Lucky European Club Nintendo members who register two Nintendo 3DS games between November 1st and January 31st 2012 will be able to receive a free game download (code will be sent via email!) and also enter a prize draw to win one of 3,000 limited edition Mario-themed Nintendo 3DS systems. So you can get this amazing title for free and before it goes on sale publicly as part of the Nintendo 3DS Games Registration Reward scheme!

• Successfully Learning Mathematics Year 2 (500 DSi Points / £4.50 / €5)
Description: In “Successfully Learning: Mathematics, Year 2”, pupils will solve exciting maths problems with the little vampire Freddy to learn maths in a playful way. The little vampire Freddy motivates the children and helps with tips to ensure learning without pressure. As a reward for hard study, you can unlock new levels of a funny bonus game. So learning and play becomes a perfect combination!