Our Super Mario Land 1 walkthrough will guide you through the beginning to ending moments of gameplay with strategy tips for this Game Boy handheld platformer and its 3DS Virtual Console eShop release.

Super Mario Land 1 is rated E for Everyone and is safe for the whole family.

Get prepared to journey with Mario into one of his strangest adventures ever and relive the madcap mayhem of Mario’s very first Game Boy adventure!

Enter a land full of flying stone heads, roving Bombshell Koopas, hungry sharks and giant crabs! Mario will need all his jumping, leaping and Superball-Throwing skills as he travels over land, through the air in his Sky Pop ship and underwater in his Marine Pop Sub as he traverses through four treacherous worlds in his quest to save Princess Daisy!

Once upon a time, there was a peaceful world called Sarasaland. In this world, there were four Kingdoms named Birabuto, Muda, Easton and Chai. One day, the skies of Sarasaland were suddenly covered by a huge, black cloud! From a crack in the cloud, the unknown space monster Tatanga emerged to try to conquer Sarsaland. He hypnotized the people of all the kingdoms so that he could control them in any way he liked. 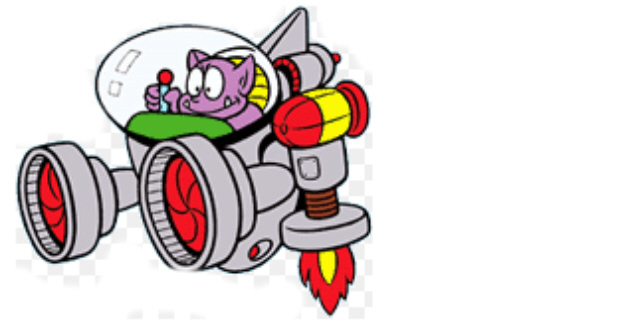 In this way, he took over Sarasaland. Now, he is determined to marry Princess Daisy of Sarasaland and make her his queen! Mario came to know of these events and has started on a journey to the Chai kingodm where Princess Daisy is held captive, in order to restore peace to Sarasaland.

Can Mario defeat Tatanga? Can he release the people from interstellar hypnosis and rescue Princess Daisy? It’s all up to you and Mario’s skill. Go for it Mario!

Note: Watch the videos to find out locations to many of the hidden Power-Ups and Blocks in the game.

This is the beginning of your adventures through the Egypt-like kingdom of Birabuto, in the world of Sarasaland. From the start, enter the second pipe you come across (directly past the first barrier) and you’ll enter the first bonus area. Fans of the original Super Mario Bros. on NES will recognize this bonus area as very similar to the first one in World 1-1 in SMB. Following the high drop, you’ll see a lone Coin Block above three breakable bricks. Hit it from below for a Power-Up (A Flower if you’re Super Mario will transform you into “Superball Mario” where you can throw Superballs).

Enter the pipe following the “pyramid” for another bonus area. When you reach the pipe with the Goombo (cousin of the Goomba) in between a barrier and the pipe, collect a Starman from the Coin Block above. When you reach the pyramid at the end with the Coins, you can collect the Coins by shooting a fireball into the gap. Take the top exit to enter a bonus stage where you can earn extra lives. The bottom exit will take you directly to the next level without a bonus stage.

Beyond a series of three lifts, you’ll see three Coin Blocks among two breakable bricks, with a Coin Block below you. Hit the middle Coin Block and collect the Heart to earn a 1Up!

Now you’re in the pyramids (actually, they’re cave levels)! Try to enter this stage as Superball Mario if possible, that will help you clear out the Piranha Plants that emerge from the pipes much easier. Also be careful of falling blocks from the roof, which fall when you go under them.

Right off the bat, jump at the left wall and you’ll activate a hidden block. Jump on the spring and you’ll be launched to the roof! This lets you skip a fair amount of the level plus gain some Coinage.

When the roof ends, you’ll see a ground-level pipe followed by two pipes right next to each other, one at ground level and one at the end that’s taller. Enter the tall one for a bonus area.

Following the group of pipes with Piranha Plants, you’ll hit two areas with Coin Blocks and breakable bricks, the second of which features a fire-spitting sphinx called a Gao. Kill the Gao if possible and destroy the blocks. Jump up through the gap between the second and third solid block to find another hidden block with a spring. Jump on it and you’ll be atop the roof, which you can follow to a hidden pipe at the end that takes you to a hidden bonus area! Break all of the right-side bricks to find a 1Up Heart in the very top breakable block.

Near the end of this stage you’ll find a lower path that leads to a ton of Coins and a Power-Up. To get in there easily, take a hit to become small Mario and simply enter the gap. Otherwise, you can try to slide under by running and ducking.

To beat the boss (King Totomesu), you can run from before the boss room and take a long leap over him and to the switch behind him. Note though that you won’t earn any points for defeating him in this manner. Alternatively you can run under him when he jumps or shoot him with a few Superballs to take him out. He will take five hits, but you’ll earn 5,000 Points for killing him!

Enter the second area of Sarasaland, which is an underwater kingdom known as The Muda Kingdom, possibly named after the legendary sunken continent of Mu or “BerMUda” (of Bermuda Triangle fame, a mysterious area of ocean where many ships were lost at sea/said to be eaten by giant creatures or sucked into another dimension).

With this stage you are in for something completely different, as Muda is a series of underwater levels in which Mario pilots his submarine known as the Marine Pop. Use the A or B buttons to fire torpedoes. You can also collect a Fire or Super Mushroom while piloting the sub, and can throw Superballs as well. 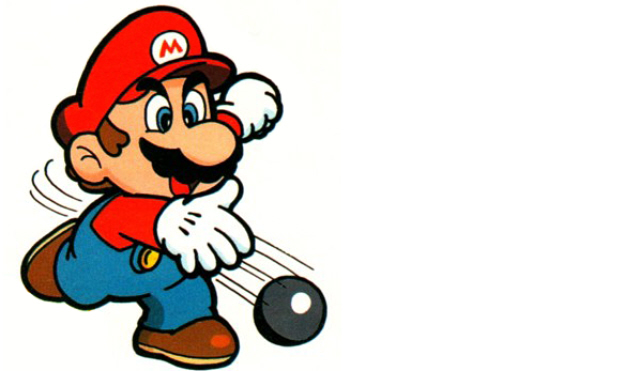 Be careful of the main underwater enemies, which are seahorses known as the Yurarin and their harder fire-breathing cousins the Yurarin Boo.

Before that though you’ll face a simple level that features Bone Fish (called Honens, who are skeletons of the main Torion fish you encounter in the underwater portions, feasted on by end-boss Tatanga, the invader of the Sarasaland and Princess Daisy’s captor).

These enemies can be easily dodged, although they are easy to run into if you aren’t careful. They simply leap vertically and in a straight line out of the water, pass over them when they go back down.

It’s important to note that you can defeat the Bone Fish by jumping on them, but you can’t take them out with a Superball (strangely). Enter the pipe following the lift platforms that fall when you step on them and you’ll enter a bonus area. Next you’ll find another bonus area at the pipe that features a Fire Flower following your collection of the Starman.

Hit the invisible block on the far right to get to the upper level, and remember you can run over single-space gaps without falling by simply holding the run button. Note that you’ll find a Coin Block that contains a 1Up Heart near the end of the stage, reach it by being Super Mario or Superball Mario using the lift.

Take the first pipe you come across to enter a bonus area. In the bonus area, you can collect the coins at the top easily by breaking the bricks on the right and then shooting a Superball and having it bounce off the ledge that sticks out at the bottom (and is exactly your height); see video.

Once you cross the lifts, you’ll be able to take either a low or a high path. If you take the lower path, you’re probably best getting hit to become small Mario, and then entering the lower section (see: video) although it is possible to get most of both the top and bottom if you follow the video. The bottom, be warned, just featured Coins. There’s also a Starman you can pick up on the top route.

You’ll find a final hidden area in a pipe at the end with a Piranha Plant coming out of it.

Take the plunge with Mario’s Marine Pop submarine for this underwater shooter stage. In this schmup (Shoot ‘Em Up) you’ll want to be careful not to shoot too much, or too little. Keep a steady pass of shots, but holding down the button is more dangerous than pressing the button to deliberately shoot each enemy.

Repeat this process to take out the enemies before they get to you. Be especially careful of the octopus enemy known as Gunion, who splits into two orbs after you shoot him, be careful to dodge quickly out of the way as soon as you destroy them.

There are many hidden power-ups in this level that are inside the breakable blocks that you can destroy with your torpedoes. Remember that you can still collect a Super Mushroom to grow into Super Mario or collect a Flower to turn into Superball Mario.

And Superball Mario can still throw Superballs WHILE also shooting Torpedoes. See the video for locations of the hidden power-ups, but basically you want to break as many blocks as you can.

Be careful though in the sections with the block columns, to focus on simply breaking two layers of blocks giving you just enough space to fit your sub through the gap. Create that gap first before you go breaking more blocks, as it’s easy to get sidetracked and forget to pay attention to the scrolling screen, and then have it crush you between the block columns.

BOSS: Dragonzamazu
Note that you do NOT have to defeat the end boss, Dragonzamazu. You can simply swim to the bottom and break the blocks to go past him, but you will get less points by not defeating him. 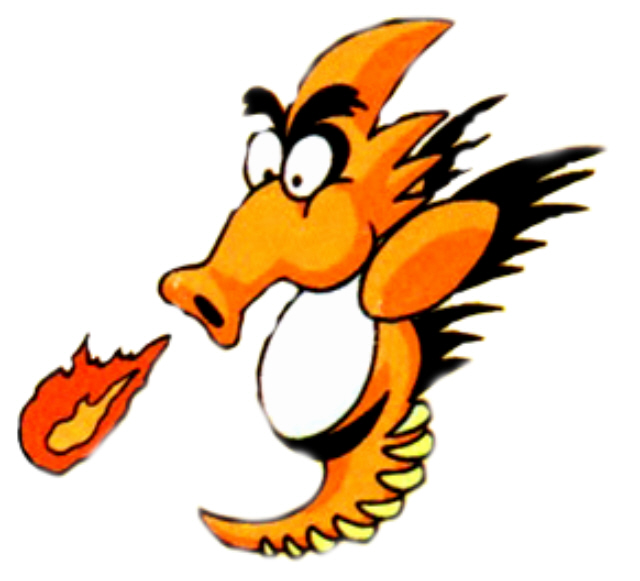 The boss takes exactly 20 shots to kill it (avoid hitting his protective bubble buddy, Tamao, who tries to shield him from attack). Do so and you’ll score 5,000 Points!