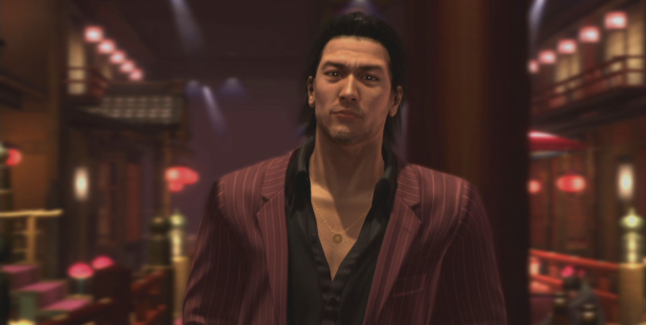 This Yakuza: Dead Souls preview will give a quick look at what can be expected from SEGA’s upcoming action-adventure title.

Taking place during a freak zombie outbreak in Kamurocho, the Japanese Ground Self-Defense Force have failed to contain the outbreak and now it is up to Yakuza characters, new and old, to save their city.

Players take on the roles of money-lender Shun Akiyama, feared yakuza “Mad Dog” Goro Majima, the Dragon of Kansai Ryuji Goda, and the legendary Kazuma Kiryu to defend and save the town before it’s too late!

The sixth title in the Yakuza series, Yakuza : Dead Souls is a Zombie Vs. Yakuza, action-adventure title, developed by SEGA.

Yakuza: Dead Souls was released in Japan on June 9, 2011, and is due to launch in Europe on March 16, 2012 exclusively for the Playstation 3. The North American released date has not been specified though it will be sometime in March also.

Sit back and relax as this trailer introduces you to the four, playable, bad-ass dudes of Yakuza: Dead Souls!

Watch the boys of the new game Yakuza: Dead Souls exact some revenge on the walking dead in this IGN zombie killing montage.

And check out the Japanese video game opening!

Here is a list of key features that will be available in SEGA’s Yakuza: Dead Souls based on news and announcements made so far.

Special Items: Special items are available in the game if a save file from another game is detected. If a Ry? ga Gotoku Kenzan! save data is found, players will receive the Gion Bell, while players with save data from the Japanese version of Yakuza 4 receive the Satsutaba no Omori.

Unleash new devastation: Use the all-new heat-snipe features and unleash utter chaos. With an all-new 3rd person shooting mechanic, a wide array of guns and upgrades, players can lay waste to the hoards of Zombie’s in the city!

Take a look at the announcement trailer!

Excited for this game? Can’t wait to re-enter the world of the Yakuza? Can’t wait to slay some Zombies? Perhaps you’re a little tired of Z-themed video games? Leave your comments and opinions in the section below!

Be sure to check out our Yakuza: Dead Souls Screenshot Gallery!