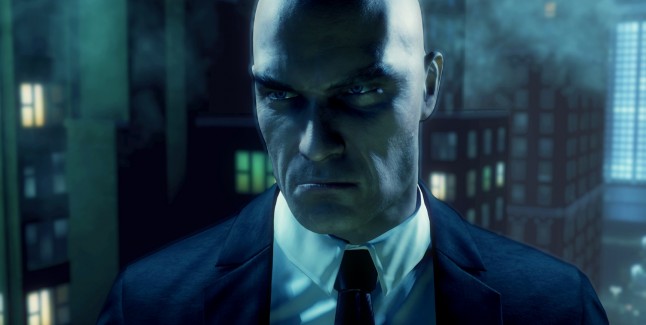 This Hitman Absolution preview will give a quick look at what can be expected from IO Interactive’s upcoming stealth title.

Hitman: Absolution follows Agent 47, a cold-blooded assassin, who takes on his most dangerous contract to date. Betrayed by those he once trusted – and now hunted by the police – he suddenly finds himself at the center of a dark conspiracy and must embark on a personal journey through a corrupt and twisted world.

A stealth game, it is currently being developed by IO Interactive and will run on the “Glacier 2” game engine, which will combine original Hitman-style formulas and mechanics with all-new features of gameplay.

Though no official launch date has been announced, we can expect to see a release sometime in 2012!

Game director Tore Blystad covers all bases in this video interview directly from the roof of IO Interactive!

Christian Elverdam, the gameplay director on Hitman: Absolution, talks about the “Glacier 2” engine and the new changes to the Hitman formula.

Square Enix takes a look behind the scenes of Hitman: Absolution, with this 16 minute commentary version of Run For Your Life play through. Take a look at Part 1:

And the play through continues in part 2!

Here is a list of key features that will be available in IO Interactive’s Hitman: Absolution based on news and announcements made so far.

IO Interactive have, so far, been very tight-lipped about Hitman: Absolution though some information has slipped through the net. These include:

Voice Acting: David Bateson will not be voicing Agent 47 in Hitman Absolution and Vivienne McKee, who has voiced 47?s handler since the first installment, has been replaced by Marsha Thomason.

Foes: The main antagonist is a man named Blake Dexter, a new character to the series. Little to no information has been shared regarding who he is, but the character will be voiced by Keith Carradine.

Multi-Player: The new title will feature an online or possibly multiplayer option – a first for the series!

Take a look at the stunning cinematic teaser trailer!

Excited for this game? Can’t wait to re-enter the Hitman universe? Perhaps you weren’t a fan of the original games? Leave your comments and opinions in the section below!

Be sure to check out our Hitman: Absolution Screenshot Gallery!

Thanks GameFAQs and Wikipedia.