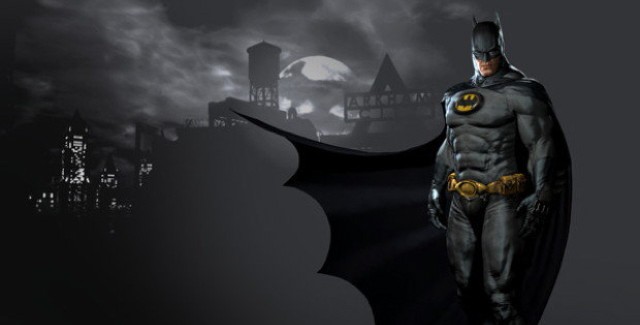 Looking for Batman: Arkham City Codes & Cheats? The following will allow you to play in Big Head Mode, unlock every skin, celebrate holidays with Calender Man and more.

On the Main Menu screen (following the Save File Screen) press the following buttons: Left, Left, Down, Down, Left, Left, Right, Up, Up, Down. An audio cue will tell you if you’ve entered the code correctly.

You can now play in your favorite Batman skin, any time and all the time. So using the cheat, you can select any alternative (already by you unlocked or downloaded) Batman skin and play them in the main game, without having to complete the full game.

Even if you haven’t unlocked any Batman skins yourself, the game’s developer are currently giving away a free Batman Inc. Batsuit skin. You can download it from Xbox Live Marketplace, PlayStation Network and Games for Windows Marketplace.

You can activate this cheat by using the Cryptographic Sequencer. Now hold all the shoulder buttons. While they are held down, rotate the left Control Stick counter-clockwise (that would be to the left) and then rotate the right Control Stick clockwise (that would be to the right). Wait a bit and the Big Head Mode should activate. You can activate this at any time you like during gameplay as long as you’ve beaten the game on the Normal Difficulty setting, and can also activate it during Riddler’s Revenge or while playing a New Game+ file.

If you play the game and talk to Calender Man while your console’s internal clock is on a certain holiday, he will give you a speech regarding that holiday. This special message is only given if playing on one of the day’s listed below. You can find Calender Man located in Two Face’s courthouse. Enter though the back door and head downstairs, you’ll find Calender Man locked up in a cell. To the right you’ll see the list of days, circled in red, coinciding to real-life holidays like Christmas, Thanksgiving and Halloween. Alternatively, you can disconnect from Xbox Live then change your system date in the System Settings to see each of the speech’s. But where’s the fun in that?

Calender Man holidays list
Remember that some holidays will change depending on the year.