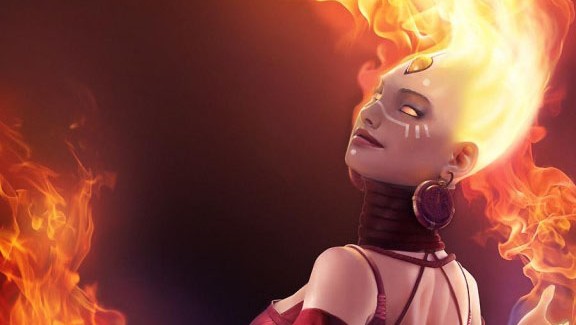 This DOTA 2 preview will give a quick look at what can be expected from Valve Corporation’s upcoming strategy PC & Mac game.

The stand-alone sequel to the popular Warcraft III: Reign of Chaos and The Frozen Throne mod Defense of the Ancients, the game is scheduled for a full release in 2012!

Valve Co-Founder, Gabe Newell, talks about what players can expect from DOTA 2 in this video interview!

Get a feel for the new action RPG’s gameplay in this video.

And take a closer look at the heroes from the legendary DOTA in DOTA 2!

Here is a list of key features that will be available in Valve Corporation’s DOTA 2 based on news and announcements made so far.

Dota 2 combines the real-time strategy element of traditional top-down perspective, while also incorporating the leveling and itemization system of a role-playing video game.

Heroes
Heroes are all unique characters within Dota 2.
Every player controls his own Hero and any units that Hero controls. Heroes will start the game at level one, and as they earn experience, will eventually level up. Each level a Hero earns will increase their Attributes and learn new abilities.

Abilities
Abilities are the skills Heroes use to fight in the battlefield; they range from simple passive bonuses to powerful, devastating explosions. All Heroes have five or more abilities, with one of those abilities being their Ultimate, and another being their passive Attribute Bonus. Every time a Hero levels up, they earn a point that they can place into ranking up any available ability.

Team-Based play
Dota 2 is highly team-oriented; players must coordinate with their teams in order to achieve victory. For example, to destroy the critical structures known as ‘Ancient Fortresses’, players are split into two teams, each consisting of up to five players, to compete as the primary defenders for each fortress.

Buildings
Buildings are special units in the game. There are several types in game, these include:

Gold and Experience
The currency of the game is gold, which is granted periodically, but will also accumulate by killing enemy units, which grants a distributed amount of gold to the killer’s team. Players also gain experience, which accumulates to gain higher levels. The greatest proportion of gold and experience comes from destroying higher priority forces, such as enemy heroes and towers.

What does a hero truly need? Find out in this epic DOTA 2 Professional Tournament trailer!

Excited for this game? Please leave your comments and opinions in the section below!

Be sure to check out our DOTA 2 Screenshots Gallery!