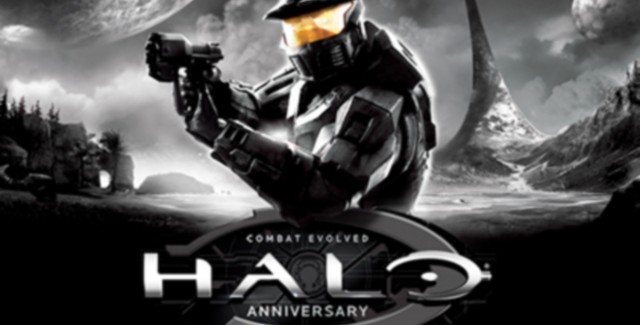 Welcome to our Halo: Anniversary review.

In Halo Anniversary edition you have the ability to switch from the updated graphics engine to the original, and vice versa, by pressing the back button on the Xbox 360 controller. The Anniversary edition also has subtitles available for in-game and combat dialogue. A new feature to this integration is the Library. When the command analyze is given, specific characters, vehicles and objects can be scanned and an index for detailed information on them is made available. The remastered graphics are also available in 3D for 3D televisions.

So lets take a look at the Chief in HD in my review shall we?

Those scores you’re all waiting for are down below.

Yes the chief is back and running on the reach engine providing users with superb graphics and the option to switch it all off at the flick of a button, allowing you to relive those glory days with the chief as you remember them but why you would want to is beyond me the game looks brilliant and really shows what a remastered edition of a game should look like, not just a HD option.

Well, this is where it all started and nothings changed. The Chief still kicks butt and seems like he always will.

The Kinect features however seem like a tacky extra just thrown over the top of a brilliant game just to have the words “Supports Kinect” on the box, the voice commands are either too slow or unresponsive, saying that the only one that worked well was “Pause”, other than that it’s a case of screaming at the screen about 20 times just to throw a grenade or reload and it has no place in a fast-paced game like Halo.

It’s all there people, every epic moment, every grunt noise, and it sounds so much better this time around. So prepare for a Halo style ear-fest.

I only managed about 45 mins in 3D due to time restraints, but from what I saw good solid lines and no noticeable loss of quality. 3D made it a very enjoyable experience.

Yes people it’s that good! It’s the way Halo should have been, had we had access to todays technology 10 years ago. A must for all to see the Chief in action for the first time all over again.