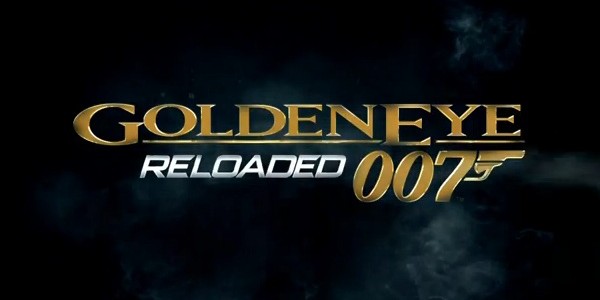 James Bond makes his way over to the HD side with 007 Reloaded, but can the old spy still sneak into our playlist or is it bound fall short of the mark? Let’s see in our GoldenEye 007: Reloaded review.

GoldenEye 007: Reloaded is a re-imagining / re-make of the classic video game Goldeneye 007 (Nintendo 64). It will be released on the PS3 and XBOX 360. One of the new changes to this game besides updated graphics is the Mi6 Mode.

The game, although similar to the Wii version released last year, is said to run on a new engine at 60 FPS. With the new engine, there have been advances in AI and pathing, giving the enemies a smarter and more dangerous edge. Because of the new engine, some levels had to be slightly re-imagined. Certain levels will look very familiar, but with minor tweaks to the level geometry.

There is also a new mode called 007 Classic which will give players the original HUD and read-outs, but with the updated graphics and AI.

The campaign has been remade with Daniel Craig’s tougher, more contemporary Bond. The multiplayer can be enjoyed with three friends via split-screen or with up to 15 friends/enemies online. Additionally, the PS3 version supports PlayStation Move and its Sharp Shooter peripheral.

So now let’s get into the review…

The scores please, shaken not stirred.

For a game being released as a HD version of the Wii release, those expecting some fantastic new graphics prepare to be disappointed. Although the game does look slightly better than its Wii counterpart, it’s essentially the same looks-wise, with some clearer lines but still nothing to write home about here.

With the exception of the multiplayer aspect, GoldenEye 007: Reloaded is a re-imagining – not a remastered version – of the first game. So although there are nods to its predecssor it’s not a stitch on the original GoldenEye. The lack lustre AI seems to have the IQ of a brick and is basic to say the least, but the multiplayer allows for tons of fun, if you’re buying this as a standalone games I would look elsewhere; if however you want to relive those glory days around the sofa with friends then grab it quickly and get the snacks ready, you’ll be going all night long!

Again there’s not much that stands out here sound wise generic gun sounds and voice acting that seems to reflect a penny budget, apart from a few named actors lending their skills it’s a let down by the run of the mill standard villain grunts and groans.

If you’re looking for a grade-A shooter look elsewhere, but for fans of the James Bond series and fans of the first GoldenEye game this is a must-have. But I don’t think nostalgia should be the basis of a review score, so a 7 is as far as I could go. The single player is drab to say the least, with just a few marked sections paying homage to the original N64 version, but by todays standards that’s simply not enough.

The multiplayer, however, is first class fun with tons of customisable variants of regular games and some that are simply a little crazy in a good way! It’s something any gamer should have played at least once.