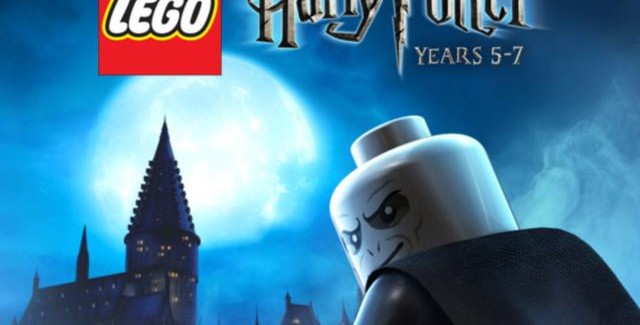 Harry returns to his wizarding ways in this the final installment of the Lego Harry Potter series. In our Lego Harry Potter: Years 5-7 review we find out if it’s going to be as epic as the last movie. Well, let’s find out shall we?

Based on the last three Harry Potter books and final four films, LEGO Harry Potter: Years 5-7 takes players through Harry Potter’s heroic adventures in the Muggle and wizarding worlds. From Privet Drive in Little Whinging to Diagon Alley, Hogsmeade and Hogwarts – plus new locations including Grimmauld Place, the Ministry of Magic, and Godric’s Hollow – players will encounter new faces, new challenges and new magic, preparing them for the ultimate face-off against Lord Voldemort.

LEGO Harry Potter: Years 5-7 builds upon the magical gameplay, lessons and potion-making skills learned in LEGO Harry Potter: Years 1-4 to equip gamers with the tools necessary to challenge a host of new foes and some familiar ones (including He Who Must Not Be Named). The upcoming title is action-packed from start to finish, including loads of new lessons, spells, and bonus content for hours of family friendly gaming.

So let’s get into the review, the video is down below.

Now for a breakdown of those scores.

The graphics in-game do well enough for the job at hand, but there’s nothing really new here that sets this apart from any other Lego title, the phrase if you’ve seen one you’ve seen them all springs to mind, but it doesn’t detract from the gameplay at all and does the job well. That said, the graphical effects are prettier than those seen in Years 1-4.

This is Lego and the formula hasn’t changed much at all here, well maybe it has gotten a lot more kiddy friendly over previous titles, Years 5-7 takes away all the puzzling aspects of the previous much of the dual character puzzling has been removed leaving you with a Lego that felt very sanitized and somewhat lacking over previous titles.

Now if you’re a Potter fan in any way you’ll know all the music in here it’s ripped straight from the films and does a great job of recreating the mood from the films.

If you are expecting anything to change here, it hasn’t. But that doesn’t make it any less fun, it’s all about collecting studs, finding lost character tokens and going for that big 100% finish with Lego… and all those elements remain. A must for fans of the Lego series and the movies and great fun for keeping the little ones occupied.

That’s my score for playing on my own. Keep in mind that it’s a lot more fun in splitscreen co-op with a friend or family member! 🙂