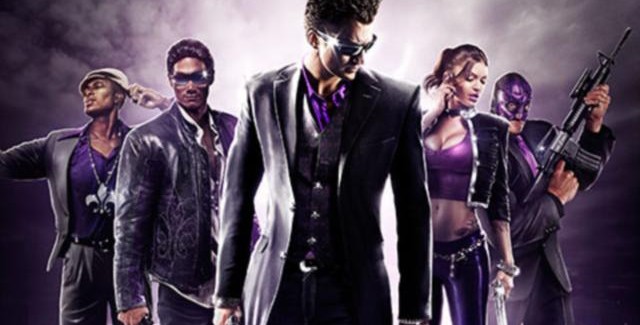 I hope your guns are ready people the Saints are back are ready to kick it more than before in this the third in the series looking set to keep you blowing stuff up until the next gta arrives or not? Lets see in my review.

The Third retains the blend of third-person action and driving sequences in open world, urban warfare format that is traditional in the Saints Row series. The player, as the leader of the Third Street Saints, can explore the city of Steelport, performing main missions that progress the game’s story, and side missions. These side missions include Activities, mini- initiated at various points in the game world, Strongholds, rival gang bases that can be taken over to control a section of Steelport and; Flashpoints, on-the-spot gang warfare. Successful completion of missions can earn the player in-game money, weapons, cars, and gang respect. Previous Saints Row games used respect as a way to unlock story missions; The Third uses respect as experience points which the player can then spend to improve specific attributes of their character, such as melee combat or firearms skills.A leveling system is introduced, and the player selects these attributes, or ‘perks’, each time the player character is leveled-up. Money can be used to purchase clothing items, weapons and cars, or may be used to upgrade weapons and cars with unique features, such as adding scopes or extra barrels to a weapon, which are then stored in the player’s arsenal.Money can also be used to upgrade the Saints gang, customizing their appearance, outfits, and headquarters. The “Initiation Station” system allows players to upload their character creations to The Third’s online community, and download other players’ creations to use with their save-game. Within The Third, the player can set up to four different appearance styles for their gang.Finally, money is also used to purchase shops and other properties within Steelport, which in turn will become a steady stream of income for the gang over time.

So lets see who wins this war in my review conclusion down below.

OK now lets get gangsta on these review scores shall we, break it down 🙂

Graphics: 9
With a happy almost comic look the games delivers smooth graphics that are easy on the eye even when the worlds exploding and so fun to watch, really great stuff that suits this game to a tee.

Gameplay: 9
OK so maybe the 9 on gameplay says something about me as an individual maybe I love blowing things up and thats something I’ll look into but what about when your friends join in well then it gets even crazier an absolute must for lovers of free roaming sandbox titles.

Sound: 9
With a great selection of licensed tracks the Saint go into any battle in style, wether thats taking down a stronghold to Kanye West or simply flying a chopper to your favorite dance tracks and with customisable playlists without the need to purchase the songs as in the previous you can play it your way, but a great selection of really good tunes.

Overall Fun Factor: 9
The Third delivers and I am now a convert and it’s Saints for life baby!! okay maybe I’m getting carried away, but take away GTA’s strict need to emulate actual crime and your left with all the glory of being a gangster and none of the hard decisions if it moves BLOW IT UP! and if it’s still moving, get a bigger gun heck even a tank, it may not be for the youngsters (Moms you’ve been warned) but a great all round showcase of good old fashioned senseless violence.