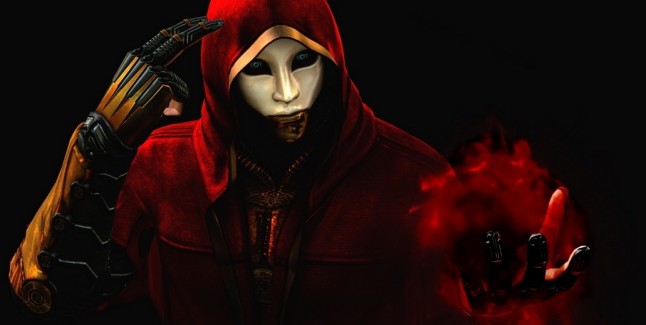 This Ninja Gaiden 3 preview gives a quick look at what can be expected from Team Ninja’s upcoming sandbox-style action-adventure video game.

Ninja Gaiden 3 will again feature Ryu Hayabusa as the main character. His right arm, having been cursed in Ninja Gaiden II, will play an integral role in the game’s story.

After receiving a request from the Japanese Self-Defense Force, the Ministry of External Affairs, Ryu is sent to London where he fights unidentified terrorists.

Ninja Gaiden 3 is an upcoming action-adventure video game developed by Team Ninja and published by Tecmo Koei. It is the sequel to Ninja Gaiden II and will be released in early 2012.
It will be the first title in the series not to be directed by franchise mainstay, Tomonobu Itagaki. In his place will be the designer of the Sigma series, Yosuke Hayashi.

In this video, Yosuke Hayashi talks about the dark Japanese hero Ryu Hayabusa.

And watch Ryu kick some ass in this awesome, full-length demo that was showcased at E3 2011!

Here is a list of key elements that will be available in Team Ninja’s Ninja Gaiden 3 based on news and announcements made so far.

Combat Mechanics
The new Kunai Climb involves Ryu climbing onto certain walls with the use of his kunai, which he can use to attack enemies from above. In other situations the player will have to be stealthy, as Ryu can now sneak up on an enemy and kill him with a single strike. Enemies also do not die quickly; they are no longer decapitated or dismembered, instead they will just bleed and weaken.

Excited for the newest installment in the series? Don’t forget to leave a comment and share your opinion.

Be sure to check out our Ninja Gaiden 3 Screenshots Gallery!